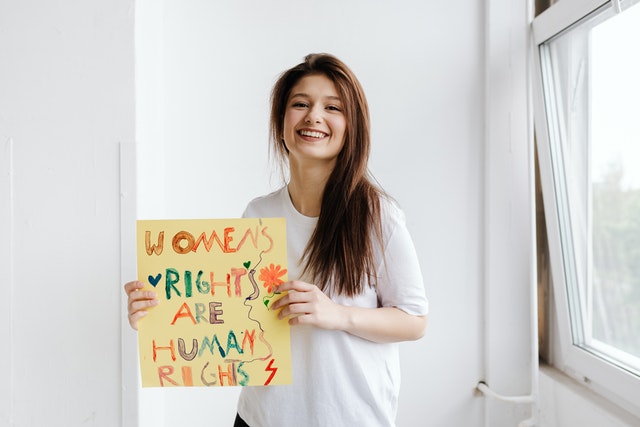 That’s nothing new here, considering the fact that even the woman known as Jane Roe was also unable to terminate her pregnancy in Texas half a century ago.

Norma McCorvey was a Texas waitress with a history of unplanned pregnancies dating back to her teens. Norma’s first baby, Melissa Mills, got adopted by her own mother. Her second baby, Jennifer, was adopted by a Dallas couple, When her efforts to terminate a pregnancy in 1970 resulted in the famous Roe v. Wade lawsuit that outlasted her final pregnancy, the third baby, Shelley Lynn, was adopted by another Dallas couple. (This information was painstakingly researched and is published in The Atlantic story “The Roe Baby” by Joshua Prager. published September 9, 2021.)

The daughters of Jane Roe aka Norma McCorvey all grew up knowing they were adopted. Each has their own perspective on their own legacy of loss, resulting from their chaotic beginnings. Even Jane Roe/ Norma McCorvey was ultimately used by both the pro-choice and pro-life movements, and she died knowing it, by 2017.

The painful reality is that for those not wishing to parent, neither abortion nor adoption offers a guarantee of a better future– only a different one. Adoption can be a positive option, when it’s done the right way and for the right reasons.  But whatever your position on abortion, there simply are no perfect solutions for any one with a forced pregnancy, and there are now even fewer pregnancy options after Roe v. Wade.

What are my pregnancy options after Roe v. Wade?

Okay, so what now? With the recent SCOTUS ruling leaving it up to each state to determine its own reproductive rights laws, America will have to contend with a crazy quilt of wildly-varying laws. (Much like the reason adoption laws in every state different, since lawmakers failed to pass the Uniform Adoption Act of 1994.)  The Turnaway Study confirms that sadly, prospects for children and parents in forced pregnancy situations are rarely positive, because those with the most limited options usually end up with the most limiting of outcomes.

Texas Monthly has published what seems to be the most up-to-date guide to pending changes in the availability of early-term abortions and medication abortions in this state, so be sure to read it here. (Whether state lawmakers can successfully prosecute Texas women for traveling out-of-state for either remains unclear at this time.)

In Texas, the remaining unwanted pregnancy options after Roe v. Wade will likely be:

Don’t face this alone. There IS help if you need it…

Women with unwanted pregnancies in Texas may feel very popular in the weeks and months ahead, as both pro-life and pro-choice organizations, pregnancy care centers and adoption providers will compete for their attention. Check out all your options, of course. (But remember: if any offer sounds too good to be true, it probably is.) The ob-gyn or family physician who’s always cared for you, the pastor or priest you’ve always trusted, or the counselor or therapist you’ve seen in the past may be your most reliable source of support right now.

And if you can’t find unwanted pregnancy options after Roe v. Wade and don’t know where to turn, Abrazo is still just a phone call away: 1-800-454-5683. We can’t promise any easy answers. We refuse to use this crisis to our agency’s advantage. Yet for 28 years, we’ve been here helping moms-in-need find their own best answers, and we’re not stopping now.