When CPS Takes a Child 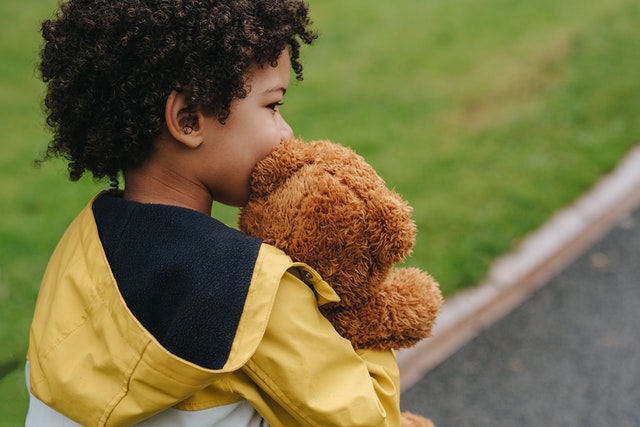 When CPS takes a child from a parent, it feels like someone just dropkicked their heart clear out of their chest. No matter how it happened, parent/s and child are both often traumatized by the experience. (Texas lawyers can answer basic procedural questions about what happens next at Texas Law Help.)

Removal can happen for many different reasons (and yes, it can happen to good parents, too.) When CPS takes a child, it doesn’t automatically mean the parents were bad people. It doesn’t prove anyone necessarily did anything wrong. Yet it may not always mean good things are in store for that child, either. Some foster homes take wonderful care of little kids who get removed from their homes. But others do not, and sadly, parents don’t always find out which was which until it’s too late.

The State of Texas has been the subject of a long and costly class action lawsuit. The courts found that too many Texas children were being mistreated, abused or killed while in care of the state foster system. (In 2015, Judge Janis Jack ruled that Texas foster children often leave the state’s care more than damaged than they started.)

When CPS in Texas gets a report of suspected abuse or neglect, the call is usually recorded and prioritized through the Texas Abuse Hotline (1-800-252-5400.) Reports can made anonymously, but the filing of a false reports is a prosecutable crime. Reports warranting investigation get routed to the county in which the child resides. Workers have a specified time period to look into the matter before a decision is made whether to seek removal, make referrals or involve law enforcement.

Efforts are made to be fair to everyone, but the needs of a child always come first whenever a decision is made to remove a child from a home. Removal is always upsetting to an entire household. Some investigators may try to present it like it’s just “a temporary thing.” (Said one worker: “think of it like free childcare in a foster home until a mom gets her act together.”) Still, if CPS takes your child, it’s likely to be the start of a very long, slow slog through the child welfare/legal system, with no positive outcome guaranteed.

In Texas, parents usually have up to a year to try to win back their kids. They’ll need to have a lawyer to represent them. The parents have to attend parenting classes and substance abuse treatment and/or counseling. They have to be able to prove they have steady employment and a safe place to live. Random drug testing may be ordered. Visitations, if allowed, are scheduled and supervised. And parental compliance is essential because there’s usually no room for error, since failure to comply can become grounds for involuntary termination of parental rights.

How Do Kids End Up in State Care, When CPS Takes a Child?

When CPS takes a child, the parents may have had multiple warnings in advance, or it may be an abrupt change made without warning. Sometimes, a CPS removal happens because of a dirty tox screen when a baby is born. It may be because someone’s boyfriend’s mom doesn’t like her and made a false report. Or maybe a child fell at home and the investigator doesn’t believe what the kids said about how it happened.

Do a safe haven drop and leave a baby at a fire station, and under Texas Baby Moses laws, there may be no questions asked, but CPS can still come looking to see if there are other kids in that mother’s care. Raise a closed fist at a school-age kid who comes swinging and that, too, can result in CPS action.

Simone lost custody of her child after failing to provide proper supervision. Ray lost the kids after they witnessed  domestic altercations one time too many.  Krystle was locked up and received notice the children were placed in CPS care after the relative who had promised to care for them didn’t. Nik’s children were put in the state system after her boyfriend left them tied up like dogs in the yard during a storm, when she was too strung out to notice they were gone.

None of these parents got their children back, however hard they tried. Some of the children ended up getting adopted, through the State, but those were through closed adoptions so they’re lost to the birthfamilies. However kids end up in foster care, all too often, the majority of them sometimes get stuck in the system until they eventually age out. And then far too many become parents whose children end up in the system, too. It becomes a terrible cycle from which some families never seem to escape.

How Can Open Adoption Be a Better Choice?

That’s been the experience of Destini (name has been changed.) Destini grew up in CPS care due to child abuse, before losing her firstborn baby to the State for neglect. (And then the next three, as well.) She knows she won’t get those children back, but she keeps “making more” (as she puts it) in hopes that sooner or later, she’ll have one she can raise to adulthood. (Maybe. Someday.)

By the time Destini’s fifth child was born, she’d developed a costly drug habit and tested positive for HIV. She had a warrant pending and had no relatives willing to help her. On the advice of a hospital social worker, Destini called Abrazo, and made a loving open adoption plan instead.

The couple she chose didn’t see her as a “drug mom” nor as a surrogate. They saw her as a grown child who needed some extra love. In addition to welcoming her baby into their home, they have made her a part of their lives, as well, giving her a sense of family she never had before. They are also seeking to located their child’s now-adopted siblings, and hope doing so might one day help give Destini some assurance of those kids’ welfare, as well.

When CPS takes a child, family reunification may be the stated goal, but it’s far from a guaranteed outcome. When an open adoption happens, the birthparent/s will never get the child back, but the parties involved voluntarily promise that the child will never be denied information about or access to his or her birthparent/s, as long as all parties agree this is best.

Destini has no more legal rights as a parent in an open adoption than in a CPS surrenders. Yet she does have a sense of belonging and a peace of mind she never had before. The child she placed has ongoing access to her. And whatever the future holds, Destini would be the first to tell you that adoption through Abrazo was way better for her and her child than losing her children to the State ever was.

Nobody ever plans to get involved with Child Protective Services. But it can happen unexpectedly, even to the nicest of families. Adoption isn’t the right choice for everyone, of course. But if there’s any chance CPS will seek TPR (termination of parental rights), parents still have the legal right to choose adoption as an option before CPS goes to court, so keep Abrazo in mind.

Because when CPS takes a child, there may still be a small window of opportunity to change that child’s future for the better, and Abrazo is always ready to help, if needed.