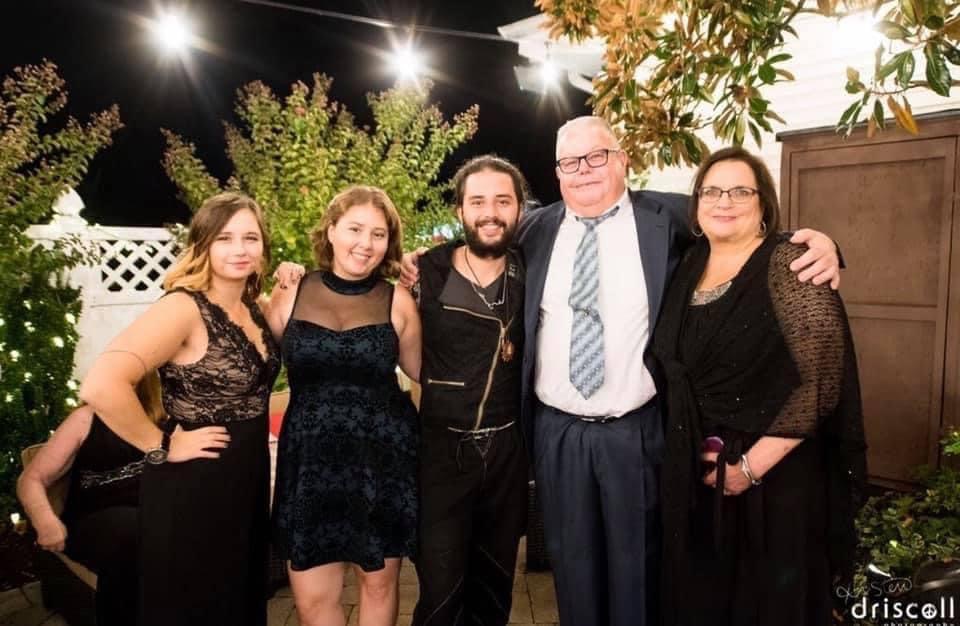 The day that adoption makes family possible becomes an anniversary that gets forever defined by that family’s bond over the years. Successful adoption stories make adoption anniversaries worth celebrating, and that is surely the goal behind every placement that’s done here.

Yet one of Abrazo’s most beloved adoption stories began twenty-six years ago, and it’s with that family’s permission that we’re sharing it here. Because today is filled with very special memories for them and for those of us who so love and respect them.

The tale began with a childless New Jersey couple who joined Abrazo for the July 1994 Parents of Tomorrow orientation weekend in Charlotte, NC. A plumber and his wife, they’d weathered infertility and carefully saved for years in hopes of being able to afford adopting– once. 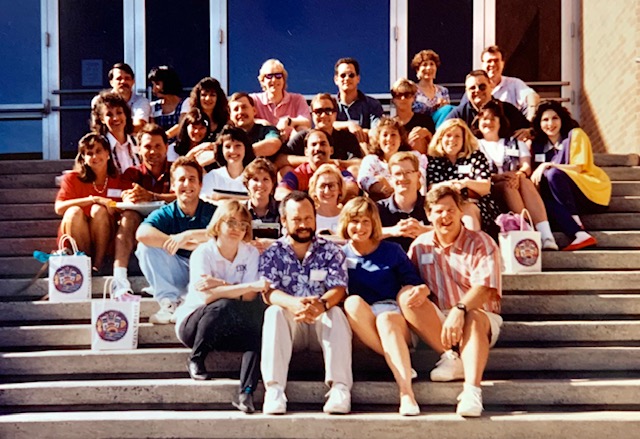 They were both eager and overwhelmed. (The prospective mom confided that weekend that she feared they might never be chosen, since their home seemed more humble than others in the group.) Yet the couple hailed from large Italian and Irish families and had more than enough love to share– if only they could be found by someone who truly needed them?

Following orientation, they signed on with Abrazo and prepared their adoption profile, then began the wait for a match. One couple from their group was chosen and placed, and then another, and another. They kept in touch and celebrated with all the others. But sometimes, they couldn’t help but wonder. Clearly, they knew adoption makes family possible, but would it really work for them?

Not If, But When

When you’re trying to adopt, it’s easy to get discouraged. You only can know what you know, of course. You live suspended between hope and fear. Yet what you don’t know, so often, is what’s going on elsewhere, as your adoption professionals seek to help prospective birthparents sort through all their options, and as young parents and parents-to-be struggle to come to their own best choices. Hopeful adopters don’t ever wish misfortune on anyone, of course. But adopting parents are always painfully aware that their gain can only come as a result of someone else’s loss. That truth is never lost on them, and it causes the best of hopeful adoptive parents no small amount of heartache, even as they wait.

And so it was, that while the New Jersey couple anxiously wondered if they were on the right path, a young military couple in Texas was also dealing with their own anxious circumstances. They, too, were facing their own insecurities. They also struggled to believe that adoption could be the answer to their problems. They carefully considered all the alternatives, then read and reread plenty of adoption profiles. There was counseling, and there were tears, and then, there was a choice made. A very emotional phone call was made to the New Jersey couple who’d been married for ten years. The people who’d been every niece and nephew’s favorite aunt and uncle suddenly (finally!) had the opportunity to become parents!

But there was an unexpected catch: they needed to be able to commit to not just one little one, but three… and they needed to be ready to love and nurture not just a baby, but also two toddlers. For this birthcouple had made the heart-wrenching decision to place all three of their children, and they definitely wanted them to stay together. 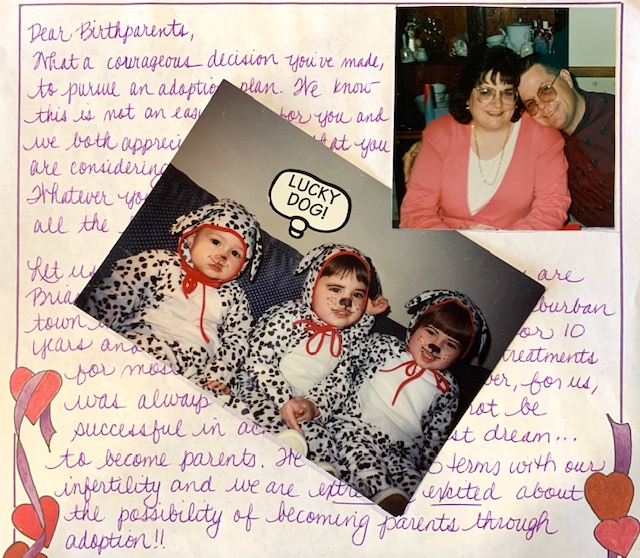 These adopting parents had never assumed they could afford to adopt more than once, so the idea of going from a childless couple to a family of five in zero to sixty was a lot to consider, of course. And given the birthfamily’s desperate circumstances, a decision needed to be made quickly. Being people of faith, with hearts as big as the great State of Texas, the couple from the Garden State said “YES! YES! YES!” and that is how their screen name on Abrazo’s Forum later became “weadoptedthree.”

They traveled to Texas immediately, to begin building a relationship with both the placing parents and their children. As you might imagine, this was an incredibly bittersweet time for all of them. The adopting parents witnessed, firsthand, how much the birthfamily loved each other, yet how much more the children needed than their young parents could possibly offer (for reasons that only the people involved need to know.) The birthparents had little doubt that their children would be better off in the adopting parents’ care, hard as it was to admit it. (They did wonder, though, if their relationship would ever survive such a devastating loss?)

Together, these four adults made a plan that offered them all a sense of peace, knowing the children would have what they needed and that they’d all have the opportunity to keep in touch, as well. The three children (then ages 2, 1 and 2 months) became instantly-beloved family members of that large New Jersey clan. The adoptive family and birthparents reunited for Camp Abrazo. And many years later, the kids even became the birthsiblings to the birthparents’ final child– for their birthparents did stay together, and opted to parent a baby born to them when the three adoptees became teens, long after the birthfather had finished his Master’s degree.

These three Texas kids who grew up in New Jersey have grown into bright, beautiful young adults who have always known their own truth. Their parents still adore them, of course, and still marvel at their fortune at having ever become family. (And these NJ adopters have beat the odds, too, having become the kind of trusted companions that their kids actually enjoy spending time with!) It wasn’t always easy, raising three children so close in age. Yet this adoptive family forever lived up to the trust the children’s birthparents had placed in them, in good times and bad, and always kept their open adoption promises. Adoption stories just don’t get much better than this.

So today, we celebrate the beautiful bonds that can grow when adoption makes family, and we send our fondest anniversary wishes out to one very special family out East who did their adoption bigger and better– the Texas way.