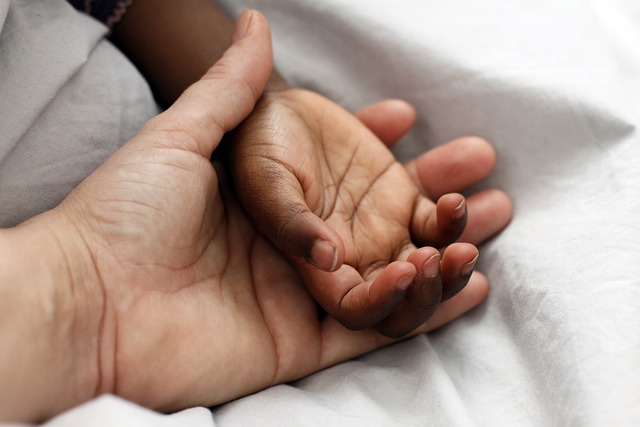 Should adoptive parents be rewarded for adopting?

Traditionally, this was the common consensus in American adoption. Adopters were historically seen as selfless, giving people who took in unwanted urchins and raised them as their own, out of the goodness of their hearts, not even knowing what they were “getting.”

This wasn’t always entirely true, of course. Even back in the days of the orphan trains, people had their own agendas for taking others’ children in. Some did it out of love, while others sought free labor. Some did it to make amends for past wrongs with their own kids, while others did it out of a sense of civic duty. People of faith typically adopt in response to religious teachings about caring for orphans and the fatherless.

Yet it wasn’t until infertility rates began rising that our culture began to see any public backlash against adoptive parents. Only in recent years has it become socially acceptable to publicly question someone’s motives for adopting, or to debate their worth for having done so. The idea of adopters being rewarded for adopting is, admittedly, controversial in child-centered adoption circles.

And this seems to be the crux of the debate stirred up by Donald Trump’s recent nomination of adoptive mother Amy Coney Barrett for Supreme Court justice, following the death of American icon Ruth Bader Ginsburg.

Mind you: we love our adoptive families at Abrazo. We appreciate them for who they are. But we don’t reward them for adopting, nor is that why they do it. And we think they’d be the first to tell you: that’s the last thing they’d expect.

What’s Adoption Got To Do With It?

Barrett and her husband reportedly adopted two Haitian children after the earthquake there. Many Americans did. It raised questions, even then, about the ethics of disaster adoptions. That seems to be what’s fueling the scrutiny surrounding Barrett’s pro-life bias and adoptive parent qualifications, as a Supreme Court nominee with less than three years of judicial experience.

Boston University professor Dr. Ibram Kendi stirred public rage when he accused the Barretts of using their black adopted children “as props in their lifelong pictures of denial, while cutting the biological parents of these children out of the picture of humanity.”

Another prolific Twitter influencer, Dana Houle, made similar waves by questioning the ethics of the Barrett’s adoption acquisitions: Trolls Target Barrett Family. Yet Barrett would not be the only adoptive parent on the Supreme Court, of course. Chief Justice John Robert is also a dad by adoption, but nobody questioned where he adopted? Justice Clarence Thomas and his wife also reportedly have a kinship placement involving his great-nephew.

Transracial adoption discussions and adoption ethics debates aside, how Barrett came to parent the children she does is not relevant. Nor is having adopted a perfectly accurate litmus test of one’s pro-life beliefs. Having adopted, from whatever source, essentially means your child was welcomed into your arms, not from between your legs. (And any “rewards” that result should accrue solely to that child.)

As a nonprofit agency, Abrazo doesn’t seek to influence personal opinion on political matters. However, it does seem fitting to use this as an opportunity to remind all the adults in the room: please do not use adopted kids as fodder for personal gains.

Those Seeking to be Rewarded for Adopting Should Not Adopt

We’re sorry if this seems harsh? But if you’re adopting for rewards, you’re in the wrong lane, frankly.

It could be argued that the US Government does authorize certain rewards for those who adopt, if one considers the Adoption Tax Credit. Those who adopt children from the State often receive an ongoing subsidy payment to offset their costs of parenting those kids.

Plenty of anti-adoption activists and adoptive parents alike have secretly (or not so secretly) questioned whether the months of rent and groceries (“maternity support”) covered on behalf of expectant mothers constitute a reward for those who are planning to place?

And granted, states do collect a federal bounty of sorts for every child who gets successfully adopted out of the state foster care system.

Still, the laws in nearly every state in America specifically prohibit those who place or adopt from being financially rewarded for doing so… and with good reason. Children cannot be bought or sold. Those who seek to put a child’s needs before their own, who sacrifice on behalf of a child, do deserve to be honored for their commitment, but not rewarded for adoption. The joy one takes in the progress of any child who is placed or adopted should be its own reward.

Likewise, having adopted (or placed) is not, in itself, a qualification for public office… or at least, it shouldn’t be.

To have an adopted adult affirm that adoption was truly a blessing in his or her life, on any level, should be the only way that anyone ever gets rewarded for adopting.