Growing Up in a Motel 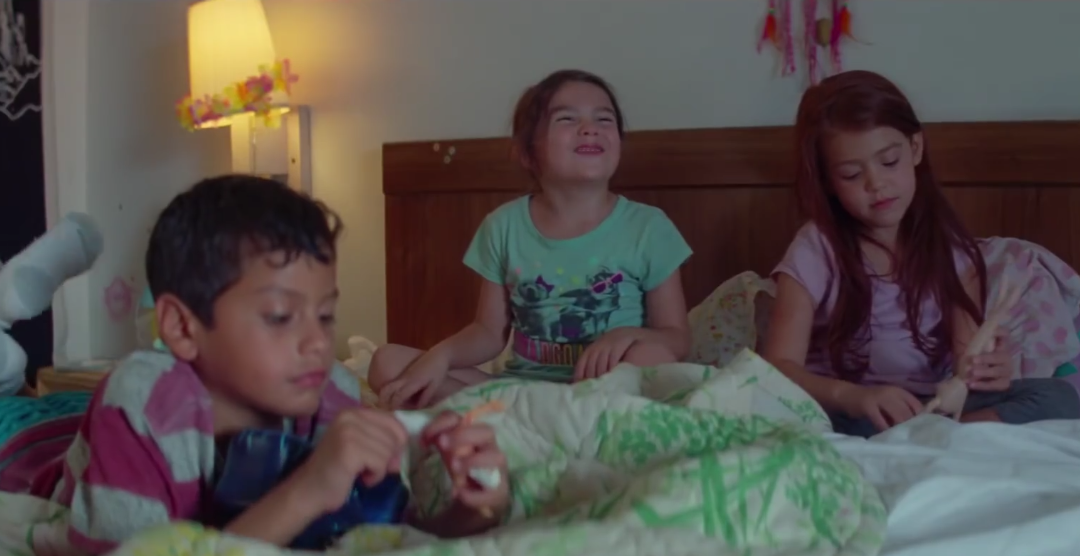 Many children have grown up on the Eloise books– but the hard truth is that growing up in a motel is typically far less glamorous.

Visit the extended stay motels in any urban community and you’re bound to find children who are growing up in a motel these days. It’s a hardship that’s impacting increasing numbers of children and parents lately.

If you’re not familiar with “extended stay motels,” these are motels that cater to those who are unable to afford deposits and rents on low-cost apartments. Most of the “suite hotels” that are affordable to disadvantaged families are little more than a motel room and bath with a couch, microwave and mini-fridge.

Yet the sad reality is that families who live in such places typically end up paying about the same costs per month or more, once the daily rate plus “service charges” gets added up. (It’s basically the housing equivalent of the payday loan scheme.)

For those without furniture, who have a history of broken leases or a bad credit history, or a criminal record, sometimes pay-as-you-go motel housing is the best they can do. Unfortunately, though, such properties often draw a risky clientele. Drug dealers and prostitutes in affordable extended stays mingle with latchkey kids and parents on welfare, developing their own sense of community– for better or worse. (One industry article refers to such properties “havens for crime.”)

To gain a vivid picture of what this “growing up in a motel” life is like, check out the 2017 film The Florida Project, currently on Netflix. Then ask yourself: how long would I want my child growing up in a setting like that? (And what if I, as a parent, had no other choice?)

In San Antonio, any number of motel chains cater to such guests, often to the surprise of unexpecting tourists. There’s Budget Suites on Fredericksburg Road, where they now require background checks on all guests (after the counterfeit cash and meth bust a few years back), or Extended Stay America, where they reportedly don’t. There’s the former Value Place (now called Wood Springs Suites) franchises, conveniently located for truckers off all the major freeways. There’s InTown Suites, which charges extra for linens, or Studio 6, which will no longer rent to anyone without paper identification. (Let’s not forget Fairfield Inn on the northside, where a meth lab was discovered in a guest room just a few weeks ago.) Keep in mind: these are some of the better extended stay options here… there’s far worse (although bedbugs and cockroaches seem to be a common complaint everywhere.)

Sociologists refer to the concept of families raising children in such places as the “invisible homeless.” Because they do have some sort of shelter, they’re rarely counted among an metropolitan community’s homeless populations, and yet, these families are always just a missed payment away from being on the streets. As this 2015 NPR story pointed out, “no-tell motels” can be a dangerous substitute for a childhood home– no matter how loving any parents may be.

And for children without attentive or stable parents, growing up in motels can be dangerous, or deadly. Earlier this summer, a San Antonio felon named Crystal Acosta was arrested for the death of her infant in a room filled with drugs at The Inn at Market Square, a downtown motel. In August 2020 at the Traveler’s Inn here in San Antonio, another child, the mom and her boyfriend attempted unsuccessfully to flee after the boyfriend stabbed his sister’s boyfriend to death onsite. The same month, at the Super 8 in San Angelo, a three-year-old accidentally shot her two-year-old brother. Just last year, two teenage girls were sexually assaulted at the Siesta Motel on Fredericksburg, while the 40-year-old assailant’s father and stepmom were in the same room. The El Tejas Motel on Roosevelt has a record-breaking number of police calls for everything from narcotics to prostitution to burglaries and weapons charges, but what if that’s all your parent can afford? Then what?

(Mind you, this doesn’t even begin to address the problem of the federal government now housing unaccompanied refugee children in the nation’s motels.)

Other Options When Your Child Deserves Better

A Texas Child Protective Services caseworker recently sounded an alarm, telling us that with Covid-19 shutting down schools, more and more at-risk kids are getting lost in the shuffle. Child welfare workers fear that falling child abuse reports to state hotlines do not reflect falling child abuse statistics. They know sexual abuse, too, is reaching epidemic rates, and children growing up in a motel are at elevated risks, due to the cramped quarters and family poverty.

There’s no shame in families doing what they’re able to in order to shelter their children the best they can. (Abrazo has had to resort to putting expectant parents up in extended stay motels as well, on occasion, when the only alternative might be a homeless shelter.) There are no easy answers. Still, children (other than Eloise) should ideally not have to be growing up in a motel. There are other alternatives, especially when at-risk parents have other extenuating issues that prevent them from meeting their child/ren’s best interests long-term.

One of those alternatives is adoption. While Abrazo is known for its infant adoptions, our staff goes out of its way to help any parent(s) in need of our services. If you know a child growing up in a motel who could benefit from open adoption options instead, encourage the parent(s) to contact Abrazo anytime: 1-800-454-5683. Our agency provides children of all ages with loving, permanent homes through open adoption, which enables them to grow up in a safe family environment while continuing to enjoy a healthy relationship with their birthfamily.

Adoption is not the only alternative, of course. Parents-in-need can also explore other family preservation services and programs, or if you need family housing in San Antonio, call Haven for Hope or the Strong Foundation.

The reality is that all possible options are surely needed, if we’re ever going to somehow make children growing up in a motel become a thing of the past… before it’s too late.