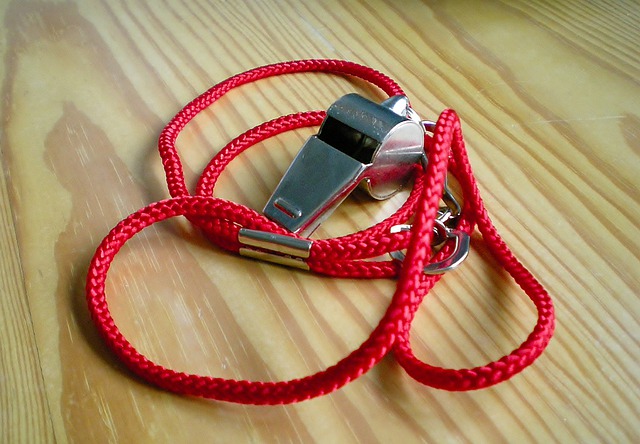 An adoption dispute is brewing in Minnesota, but to all those ready to try the case online: hold your fire. It’s easy to take sides, but the whole truth isn’t known yet. (Clearly.)

This case reportedly involves a Minnesota mother who claims to have only learned of her 2017 pregnancy after delivering a baby in her home toilet. The alleged father was present at the time. Paramedics transported mother and baby to a nearby hospital, and within days, she was released– without her baby girl.

That’s where the story gets murky. The birthmother (“DM”) claims in an online post and now-removed GoFundMe pitch that the hospital told her the baby died. She says she was given an urn that turned out to be empty, but was never able to obtain a death certificate. Upon further investigation years later, “DM” claims to have learned she “had an adoption open” with a MN couple she’d never met, nor communicated with. (Curiously, over a year ago, the birthfather “K.A.” posted a cropped photo of the “missing” baby being held by the adoptive father in the hospital on the day of the placement, but added the heading “Daddy’s angel.” He claims, however, that he only learned one week ago that the baby is alive and was adopted.)

The identified adoptive family previously had an adoption blog online but has now hidden all their social media accounts. (Their adoption blog indicated that the birthmother had chosen their profile and that they had contact with her, and invited her to contribute a letter for a time capsule they created for their child’s birthday.) That family is suddenly being doxxed and threatened by an angry public intent on righting a grievous wrong. Strangers are showing up at their home and calling at all hours, demanding the surrender of a child they legally adopted nearly three years ago.

Officials surely need to intervene, lest this becomes an adoption dispute that goes horribly and tragically wrong. Adoption records in most states are sealed by the courts, out of regard for the privacy of the participants. However, authorities need to swiftly assure the public that whatever happened wasn’t kidnapping or child trafficking, for the sake and safety of the child involved.

An Adoption Dispute? Or Something Else?

This birth was in Minnesota and the TPR (termination of parental rights) and adoption were both approved by a Minnesota court. Abrazo was not involved in any way and has no access to any of the facts in this case, so as we say in Texas, “we don’t have a dog in this hunt.” However, as a licensed adoption agency, we do understand how something like this can happen, and we are concerned for all the parties involved, especially the child.

In a perfect world, mothers who need to place would always involve loving, respectful fathers in a fully-informed adoption decision. However, in a perfect world, there would be no unexpected pregnancies, either; no poverty, no domestic violence, no child abuse or neglect, and no need for adoption.

Hospitals can’t ethically arrange adoptions and don’t “make money” helping mothers-in-need plan for adoption. (If anything, it only adds more work for their staff.) Nonprofit adoption agencies can charge for their services just as medical and legal professionals do, but do not “sell babies.” In the event of infant demise, hospitals typically give parents the option of seeing the baby’s body and getting pictures taken, then refer them to local organizations that help grieving parents with infant loss. It doesn’t appear any of that happened in this case, because an adoption was the decision being made. Hospitals cannot release babies to adoptive parents without the mother signing a release authorizing that discharge to occur.

The baby’s birthfather is a 32-year-old man with nine children, including the baby in question. The baby’s birthmother had other children, as well, and those who know her have publicly stated that the paternity of the child was in question. The alleged adoptive couple had a miracle pregnancy occur after their adoption, and are currently in hiding with both their children.

So What Really Happened?

Despite the growing public demands for the child to be ripped from the only home she knows and turned over to the father, there was clearly a legal adoption done, so we deduce that some birthmother did participate as required. She may have hidden the truth from the birthfather for reasons known only to her. Maybe she concocted the story of the baby’s demise to protect herself or her child? In Minnesota, as in Texas, unwed fathers are obligated to register with the State Paternity Registry to secure notification of adoption decisions, and parental rights can be terminated by a court without their consent if they fail to do so.

Whatever you think of adoption or adoption agencies or hospitals, the adoptive parents in this case don’t appear to be the villains they’ve been made out to be. They were simply kind people who longed to become parents, and who responded immediately when notified by their agency of a baby who needed a loving home. They do not deserve to have their home and lives threatened by an angry mob seeking vigilante justice without all the facts.

Mainstream media has yet to pick up this story, but those who have researched it thoroughly say the facts just don’t compute. GoFundMe has now removed at least two different crowdfunding appeals related this case, reportedly for lack of verifiable information. (Most notably, the birthmother also did not show up at the birthfather’s planned protest at the hospital, either.) It seems there’s way more to this story than what’s being shared.

An adoption dispute like this unfortunately colors the public perception of domestic adoption. It fuels the public’s worst fears of adoption being about people preying on unsuspecting parents to snatch innocent babies from their grasp. It unfairly targets ethical professionals in both hospitals and adoption agencies. And it casts fear in the hearts of anyone who’s ever done a legal-risk adoption, for both birthmothers and adoptive parents alike. (A legal-risk placement is one in which placement proceeds without a father’s documented consent; very few, statistically, ever actually come under any viable legal threat.)

Most disturbing, though, are the blatant efforts to racialize this dispute, and to exploit it at a time when racial relations in America are already at a boiling point. (It is for this reason that we have chosen to omit known details that potentially feed into racial stereotypes, although clearly relevant to the potential child welfare issues involved.)

If we’re wrong about this case and the hospital and/or agency and/or adopters are at fault, we’ll be among the first to tell you, and to donate to the birthmother’s defense fund.

If we had to guess, though: we suspect this child will stay where she is, in her adoptive home– unfairly destined to have the backstory about her adoption forever preserved online. The birthfather will lay blame on the birthmother, who may claim she was forced into making an adoption plan, whether by his actions or somebody else. Anti-adoption activists will blame the adoption agency and/or hospital.
Angry masses (God forbid!) may continue to plague the adoptive family, who will surely ponder why they ever got dragged into this mess.

(And undoubtedly, an adoption dispute elsewhere will redirect the public’s attention… before too long.)