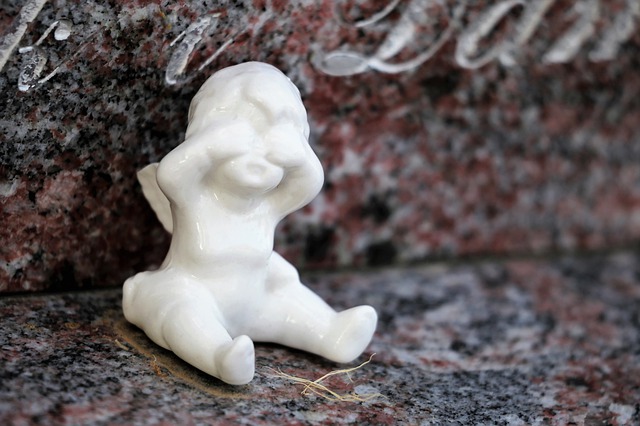 A stillborn baby this week reminds us of life’s mysteries, like when sad things happen to nice people.

The prospective birthcouple were nice people, who’d already faced great hardship in life and meant to do something good for their unborn baby.

The hopeful adoptive parents were nice people, who’d already grieved a stillborn of their own, and were turning to adoption due to secondary infertility.

They’d spent the last few months getting to know each other. A baby name had been picked out. None of them were going into this plan thinking life was simple. Each of them was holding out hope for brighter days ahead.

That little person they had joined forces to plan for could not have known how loved she would be. That baby couldn’t appreciate all her four parents had been through already. She didn’t know a big brother was waiting, nor that there’d be goats to play with.

And none of us knew that she was not meant for this world.

Getting the news from the hospital that the baby was born without life was hard. Sharing that news with the baby’s father and the couple who was to have been her adoptive parents was even harder.

So much potential was lost this week, in just the time of that fateful delivery. Unspoken hopes and dreams were dashed. So much sadness remains, and along with it so many unanswered questions.

When sad things happen to nice people, it’s so difficult to make sense of it. People who were planning to place often worry that a stillbirth (or any other birth defects) is an act of divine retribution because they weren’t ready to parent. Yet the loving Creator we place our trust in doesn’t smite well-meaning people like that.

Adopting parents with infertility sometimes fear that it’s not in the Grand Plan for them to grow their families, or that their fertility loss is somehow a defect in them. Yet the loving Creator in which we trust doesn’t seek out ways to harm us.

When childbirth or adoption plans don’t turn out as planned, it’s human nature to doubt ourselves (or our Creator.) To lose something or someone you never quite had or knew is what therapists call an “ambiguous loss” and it causes a form of grief that seems very unfamiliar to some.

And yet, grief is an appropriate response and a necessary journey. It’s normal to go through denial, and bargaining, and anger and sadness, and to hopscotch between such phases awhile before reaching a point of acceptance.

Those who have been dealt such loss can sometimes find solace in the support of friends. Counseling is often a very useful route of processing the myriad of emotions that follow. Rituals like releasing butterflies or writing messages on balloons or family prayers can facilitate healing. They need to be able to talk about their loss, and have it acknowledged by those around them. Remember, too, that spouses often express feelings differently– and that’s okay.

Children in the home who have lost a potential sibling need to have time to talk about what they think that baby would’ve been like. They can draw pictures of their feelings, create a special piece of art to remember the lost child, or maybe pick out a special gift of comfort (like a soft throw) to be sent to the would-be birthfamily.

When sad things happen to nice people, it’s important to remember that everyone deals with loss in their own way. Getting pregnant again right away or seeking to match again immediately may seem to mitigate the sorrow. But it’s usually far wiser to take some time off from either pursuit for awhile. Walk through the refining fire of grief head-on, and you’re less likely to have to revisit it later. Better to have it behind you, and not before you.

When sad things happen to nice people, it’s hard to trust that brighter days are coming. Yet those who work in adoption can attest: some of the greatest sorrows do lead to unimaginable joy, for those who can keep the faith.

Kahlil Gibran once said “when you are sorrowful, look again in your heart and you shall see that in truth, you are weeping for that which has been your delight.” Every child born asleep is a child spared all the tragedies of this life. It is a tiny person so worthy, that they did not have to so much as breathe to be important to you. And they have the distinction of having been so special that their lost life merits mourning, without any effort on their part.

They will live in your memory forever, because their existence mattered, thus when sad things happen to nice people, the survivors are forever changed but eventually bettered for having lived to tell about it.