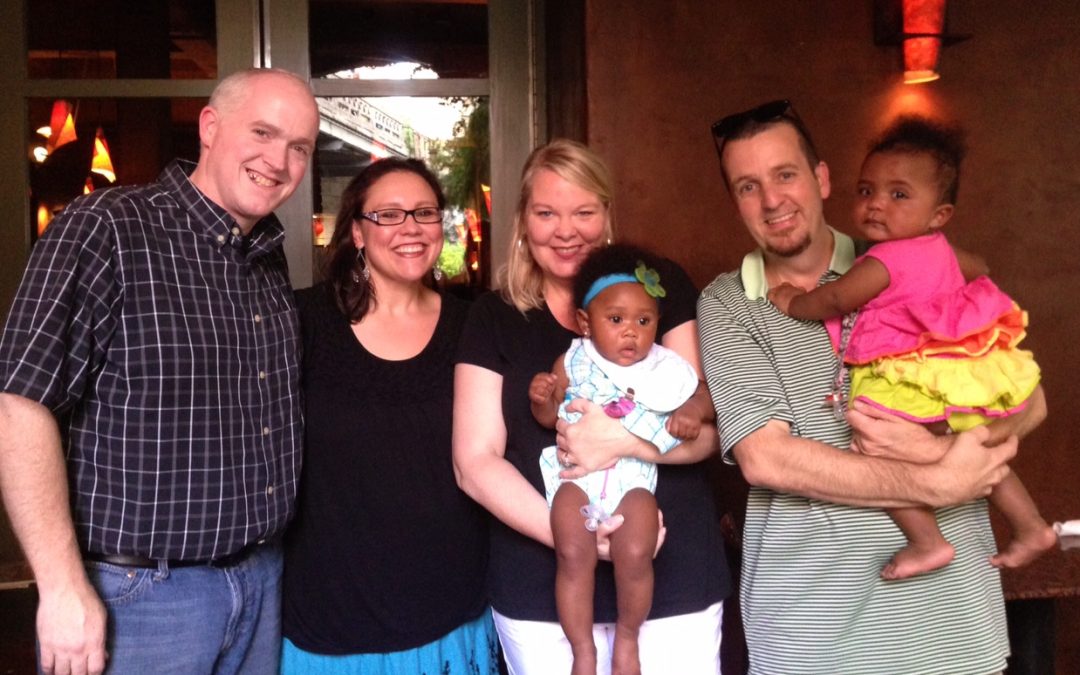 This is a word of encouragement for rainbow families facing painful times. Rainbow families are those who adopt outside their race, and by some accounts, this describes 40% of all adoptions nowadays.

Abrazo has been blessed to have been a part of countless transracial adoption stories in the past two and a half decades. In that time, much has changed.

Many adoption programs (ours included) no longer charge different fees for the placement of children of color. Transracial adoption has become more common, making more loving homes available for minority kids in need of adoption. (Although adoption may, admittedly, be just as complex as ever was for adoptees growing up in rainbow families.) There are more resources for rainbow families these days, thanks in large part to PACT and organizations like it. Transracial adoptees now grow up with greater access to others with families like theirs. That’s the good news.

The bad news, however, is that troubling race relations in America have made these trying times for both adoptees and rainbow families. As a result, adoptive parents are increasingly aware of the need to address racism with their children, to prepare them for America’s injustices and to guard against the prejudice sadly on the rise in today’s society.

Abrazo birthfamilies and adoptive families alike are struggling to understand the unrest sweeping this country, and to teach their children how to make sense of it. (Think racism and hate crimes aren’t a problem in your area? Check here.)

“Today I am sad and mad. The deaths of these black men hits close to home. As I celebrate my sons’ accomplishments, I am overcome with fear for them as they try to move forward in this world. When I look at both of my sons, I see intelligent, driven, kind, compassionate, hardworking, amazing, talented, funny, caring, inspiring and hopeful young men. Unfortunately, the world does not see them like that. They see them only as young black men. They are “guilty” of being black everyday.

“I see this as the world’s loss. I tell them all the time that their job is to make it home to me. We will handle things when they get home… just make it home. My boys have been stopped twice coming home from playing basketball at church. What did they do, you ask? NOTHING. They were driving the speed limit and to the officer that stopped them, that looked suspicious. He asked for their license and they gave it to him. He pulled his gun on them because he felt threatened in some way, or so he says. They were three houses away from home, in the middle of the road. They were both wearing hoodies, as every teenage boy I know does. They had been playing basketball. My boys are not perfect, but they’re far from the thugs that officer made them out to be.

“It is a sad world. The same people that thought they were adorable when they were little may clutch their purse tighter or move away from them now that they are strong black men. No matter what we teach our young men, there will always be someone to try to push them. I want to see my young men get all they want out of life. Unfortunately, that could all be cut short if pulled over by the wrong cop, or if they went bird watching, or just by breathing. Let that sink in…”

Sabrina’s amazing sons (and all others like them) deserve to grow up with the same opportunities, the same respect and the same sense of safety as everyone else’s kids. That isn’t how it is for them, though. It’s up to all of us to take on the challenge of exploring why, and making changes as needed so that this changes… sooner, not later.

Equipping Children of Color for a World of Bias

You love your children, and you want the best for them. It hurts to think that your child might ever encounter racism or prejudice. Like all the best parents, you want to protect them forever and shield them from the ugliness of hate crimes.

And yet, rainbow families, please resist the well-intended urge to raise your children to think that race doesn’t matter. It does, in America… and especially now. As psychotherapist and adoptee Melanie Chung-Sherman notes, “Multiracial and biracial kids are kids of color. Denying this will deny them.” Raising your child well means preparing them for all of life’s challenges, which includes being a person of color in a nation of bias.

Parents who enjoy the benefits of white privilege cannot simply convey these to their children of color, however much they wish they could. In the wise words of adoptee Mark Hagland: “love is NOT enough.” (See also this fascinating article by Christine Richardson and Dr. Arthur Scarritt, “Transracial Adoption: Promoting Racial Literacy or Perpetuating Colorblind Racism?“) Listen to and learn all you can from transracial adoptees willing to share their experiences, in order to help your own.

Growing up in a diverse community with a healthy sense of pride in their racial identity is important for minority adoptees. Having parents who consistently demonstrate a genuine and personal commitment to racial justice is just as essential (even when when their kids find it annoying.) It’s vital that all families raise their children to recognize (and combat) racism in all its forms. (Click here for a beginner’s guide.) Be “those people” who change the culture around you, and you’ll teach your children an indelible lesson about moving mountains throughout their lifetimes.

Extend your support to rainbow families facing painful times, and don’t just wait for the moral arc to bend towards justice; nudge it along by leaning in that direction yourself, in all you say and do.