Could Adoption Have Saved Gabriel Fernandez? 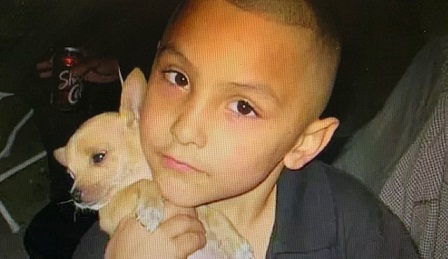 Anyone who has watched the wrenching real-life saga on Netflix surely comes away wondering: could adoption have saved Gabriel Fernandez?

If you don’t have Netflix, you may not know the tragedy that befell eight-year-old Gabriel Fernandez. He was just one of the many American children who die of child abuse in America each year, after all. (Roughly five kids die of child abuse per day in the US, if you’re wondering?)

Gabriel Fernandez’s mom and her boyfriend had punched him, burned him, shot him with a BB gun, kept him in a bedroom cabinet, knocked his teeth out with a bat, and forced him to eat vomit and kitty litter. Relatives, teachers and neighbors tried to get him help– but to no avail, sadly.

After Gabriel’s death in May 2013, though, not only his mom and her boyfriend but also four California DCFS caseworkers stood trial for having failed to keep him safe. Ultimately, Pearl Fernandez got life in prison; her boyfriend Isauro Aguirre got the death penalty, and the DCFS workers got off.

The question that always arises following the public’s discovery of such horrific cases is “well, why didn’t they just give the kid up for adoption, if they’re going to abuse them?” The answers, though, are not that simple.

Could Adoption Have Saved Gabriel Fernandez Early On?

In short: yes, it could have. And it should have.

The sad irony is that Pearl Fernandez herself may have benefited from growing up in a different home. She reportedly grew up with a mom who didn’t want her and a dad who was in and out of jail. Pearl began using drinking and using drugs at the age of 9, ran away and dropped out of school. She was sexually abused by an uncle and other men in her teens. Her first two children were in and out of her care, and she’d lost custody of the next two babies. By the time Gabriel was born, she was a drug addict with a history of domestic violence (including charges in Texas.)

Pearl had no intention of taking Gabriel home from the hospital, so she told her gay cousin and his lover they could have the baby. They raised him for the first four years, and by all accounts, cared for him lovingly and even allowed Pearl access on occasion. They did not adopt him legally, though, since both weren’t in the US legally. Pearl’s father then made an allegation that the men had molested Gabriel, and after that, the child moved in with her parents.

Why Did Gabriel Go Back to the Mom Who Didn’t Want Him?

Pearl took Gabriel from her parents when he was six, in order to increase her welfare benefits. Child protection workers investigated multiple abuse allegations. They didn’t remove Gabriel from Pearl’s care, because family preservation was the goal.

Family preservation has seemingly become the hot new goal of state child welfare programs from coast to coast. It certainly serves a purpose, when children are genuinely better off with their families of origin. However, as child welfare expert Elizabeth Bartholet points out: “The system is overwhelmingly oriented toward parent rights, toward family preservation, and there is very, very little emphasis on child rights… it’s based on valuing adult rights.”

The rights of the adults certainly took precedence in the case of Gabriel Fernandez, with catastrophic results. Pearl chose to discontinue services with DCFS, and caseworkers closed their abuse investigations. Within a year, his grandparents had to make the decision to remove their brain-dead grandson from life support. His mom was unable to do so, because she and her boyfriend were arrested for his torture and later, his death.

Adoption could potentially have saved Gabriel from Pearl’s harm, almost certainly, although there are no guarantees it would have spared him from all abuse. That being said, though, had Gabriel Fernandez gotten adopted outside his bio-family, the odds are he would be a healthy teenage boy approaching high school graduation by now.

Instead, he is the post-mortem star of a program about a child who deserved so much better than he got.

So Why Don’t Abusive Parents Let Their Kids Be Adopted?

Hurt people hurt people, and the tragic truth is that those who do not have the mental or emotional capacity to parent responsibly typically lack the foresight and conscience to make loving adoption plans in their child’s best interests.

Most abusers have suffered abuse themselves, and rarely grew up in stable, two-parent homes with all the advantages of education, healthcare and other resources. (Which are, of course, so often the benefits most adoptive families are prepared to provide the children they adopt.) Abusers often view their children as their property, and fear forfeiting children to adoption may cost them in terms of welfare benefits, social status or physical assistance.

The birthparents who voluntarily place children for adoption typically are doing so to spare their child/ren from hardship, neglect or abuse. Some grew up in state foster care themselves, and/or have had repeated dealings with or harassment from Child Protective Services. They opt to do open adoptions through Abrazo because they do love their children and want to stay in touch. (That’s an opportunity they know will forever be lost to them if the courts involuntarily terminate parental rights.)

Abusive parents like Pearl Fernandez, in contrast, see their continued possession of their unwanted child/ren as a means to their own ends. (The same is true of adoptive parents like Jorge & Carmen Barahona, who abuse/kill their children, yet refuse to surrender them for fear of losing benefits and being prosecuted.)

It does no good to ask now “could adoption have saved Gabriel Fernandez?” Yet there are countless other children who can still be saved, and if you happen to know any of them for whom adoption could change everything, Abrazo will gladly move heaven and earth to help– in any way we possibly can.