Adoption in the Rearview Mirror 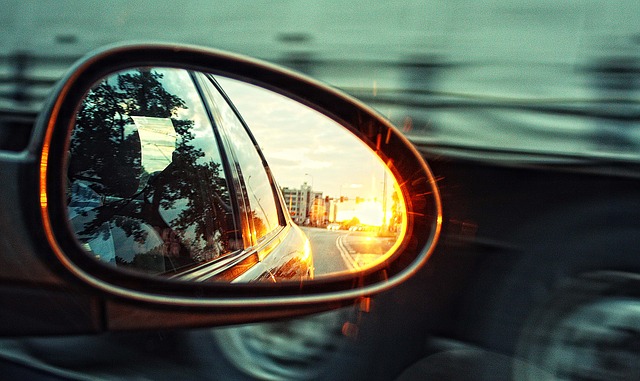 As they traveled home from Texas on Christmas Eve this year, one Abrazo couple smiled at the tiny answer to their prayers for adoption in the rearview mirror.

Excited as they were to get home, though, they’d found leaving San Antonio to be far harder than they might ever have imagined. If you’d asked them a few short months ago, they’d surely have told you that heading home with a newborn would be the greatest journey of their lives.

But that was before they’d met her… the mother of their child. Sure, they knew they’d be forever grateful to whomever enabled them to become parents. Yet they never could have fathomed how deeply entrenched her place in their hearts would be; how her texts or calls would brighten their days, or how her absence might worry them.

Looking at the result of their open adoption in the rearview mirror, they realized the very experience had changed them for the better. And they want nothing less for their new son, and for his birthmother, as well.

Looking at adoption in the rearview enables a forward focus

Twenty-five years ago, though, Abrazo’s founder couldn’t have imagined what a quarter-century of open adoption would look like. She couldn’t have foreseen how hard it might be to help keep open adoptions open over time. She couldn’t have guessed the lengths to which some adoptive parents would go to keep in touch with their children’s birthparents, or how some families would bring entire birthfamilies to Camp Abrazo with them year after year. Also unanticipated was the staff turnover that burnout and compassion fatigue would fuel. She never expected health insurance and overhead costs to soar as they have. Nor did she think international adoption would falter, that Texas lawmakers would weaken fathers’ rights, or that anti-adoption forces might eventually gain a foothold in the court of public opinion.

Other changes have also happened in that time. Some of the nation’s largest adoption agencies (like Independent Adoption Center and Adoption Services Associates and LDS Adoptions) have folded. Edna Gladney has reportedly converted its million dollar maternity home into state-contracted foster youth care, yet just bought Adoption.com.

If the only constant is change– now what?

The global birth rate is at a 30-year low. American immigration policies are making political orphans of underage refugees and unaccompanied minors, reportedly to the benefit of Bethany Christian Services.

DNA testing is increasingly empowering adoptees to reunite with long-lost birthfamilies, foiling legislators whose archaic values still deny adoptee rights. Embyro adoption is on the rise. However, infant adoption rates have fallen dramatically (and will likely never resurge.) More and more hopeful adopters now crowdfund their adoptions, with little regard for how future adoptees will view such practices. And family preservationists now target women considering adoption to persuade them to parent instead– at any cost to mother or child.

What this says about the future is that adoption ethics are going to become more important than ever, clearly. And that the adoption providers whose programs do remain relevant are going to need to innovate. We must develop even more-relevant post-adoption support services, and stay true to the mission. (And do this even in spite of the commercialism that Internet adoption practices and the DIY movement continue to breed.)

What’s in store for Abrazo?

When Abrazo began, fax machines and pagers were considered cutting edge. Most adoption inquiries were made via calls on telephones with coiled cords. Smart phones and laptops did not exist. (Nor, for that matter, did the Adoption Tax Credit.) Fees got paid by check, yet today, checkbooks have become a thing of the past. Open adoption agreements, then something of an oxymoron, pertained mostly to scheduled mailings sent with no last names or return addresses.

Despite not being a church-related adoption agency, Abrazo has always been a nonprofit organization fueled by faith. We’ve always harbored an unapologetic zeal for transparency and open adoption. We believe our program will prevail, by the grace of God, for as long as our efforts serve a purpose, and as long as children and parents are in need of the services we offer.

In the coming months, Abrazo’s board and staff will be considering updates and changes. This will hopefully stream line the agency’s services, better use existing technology and make its adoption process more user-friendly. What this will entail may also mean changes in office space and/or staffing, altered file access and other upgrades.

What won’t change, though, is Abrazo’s commitment to honoring adoptee rights, keeping adoption affordable, and supporting its clientele before and after placement.

Because when we review Abrazo’s legacy of ethical adoption in the rearview mirror, we find there’s a lot to be proud of– and our people (those who work here and those we serve) who are the biggest reason of all. Happy 2020, everyone! Onwards and upwards…