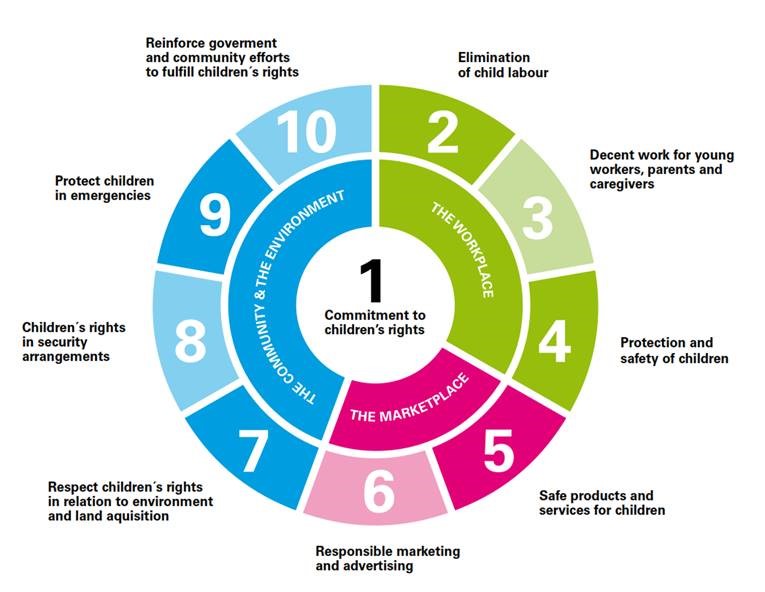 Can we talk about children’s rights in adoption, for a few minutes?

Traditionally, children’s rights in adoption were considered something of an oxymoron. This was because having rights at all was thought to be an adult responsibility.

Children were long considered the property of their parents, who held all the rights and responsibilities over and for their kids. Yet, as early as 1851, there was public agreement that adoption should exist for the benefit of children, not parents. In decades since, growing attention has been paid to the rights of children, and rightly so. (The graph above was developed by the United Nations, Unicef & Save the Children.)

Since its inception in 1994, the Abrazo Policy Manual has included a section on Children’s Rights (see page 32.)

However, it is becoming apparent that further delineation may be needed regarding children’s rights in adoption. Too often in American culture, adoptees are treated like children regardless of their age and maturity, and that’s just wrong– on SO many levels. So what does this mean, and what might warrant being added?

The Right to Empathic Transitions

Children being adopted may not have a say in whether or not they must be adopted, but the process should be as geared to their comfort as possible. (In Texas, state standards only require that children sign consents to be adopted if they are age 6 or older at the time of placement.)

Children’s rights in adoption should ensure that they be given advance counseling to prepare them for the adult choices that are affecting them. The process should also be structured to give them time and access to get to know the adopting parents prior to placement, and plenty of opportunity to continue to see and spend time with their first families afterwards

Admittedly, we love showing off “our babies” at Abrazo. Still, our staff is very careful about not posting “adoption trophy pics,” which we often see done on adoption facilitators’ sites touting their placements by displaying images of just-placed newborns.

Every Placement Day is sacred to us, and we recognize that while receiving a child is a source of joy for adopting parents, it’s also an event filled with grief and loss for adoptees and birthfamilies. There’s nothing wrong with new parents choosing to share their joy, but it’s not our place to show it publicly.

Likewise, we want our adoptive families and birthfamilies to feel free to share their adoption experiences publicly, but in doing so, both should be mindful of the need to not disclose details that are truly the adoptee’s to decide to share or not share. (We often wonder about adoptees’ privacy concerns when we see pictures of adopted children posted with signs detailing how long they were in foster care? Were those children truly able to give informed consent to the sharing of such personal information with strangers around the world?)

Anything that gets posted online nowadays potentially becomes public knowledge forever. Parents should be cautious about posting information about placing or adopting a drug-exposed child, for example. That information may become publicly available for decades to come, and may constitute HIPPA protected medical detail.

It’s important for parents to also teach adoptees how to discern when it is and is not appropriate to share the facts of their adoption story. (One Abrazo adoptee curious about a birthparent’s shared known info with peers, only to later be devastated when friends Googled the birthparent’s name and an arrest record become widely-known and discussed around the middle school.)

The Right to Genealogical Mirroring

We recently ran across a discussion of the devastation of genealogical bewilderment in this article by Katy Faust, and it only affirms Abrazo’s commitment to open adoption. We believe that adopted children have an innate right to grow up with information about and access to their biological kinfolk.

It is not “enough” to simply be raised knowing about one’s roots. Adopted children should have a right to know members of their original tribe across their lifespan. Some birthparents are unwilling to engage in ongoing personal contact, as is their right. Yet we believe adoptees should still have parents who bring them back for visits to the community in which they were born, at least to provide them with a sense of geographic and cultural continuity.

Similarly, adopted kids in transracial placements need to also grow up in communities where the people around them reflect them. This isn’t just about making adoptees feel comfortable. It’s about ensuring that they see people who look like them everywhere they go, and not just in service positions.

The Right to Not Have their Adoption Exploited for Parental Profit

This may be a sensitive topic for some folks, we know, and we apologize in advance for anyone who may be offended, but it needs to be said:

Adoptive parents should not use the photographic images of children they are in the process of adopting to raise money for their own use, no matter how needed the funds may be.

There’s an unspoken question many adoptees ponder, when considering adoption fundraisers. It is this: why were my parents willing to raise the money to adopt them but not to enable the birthparents to keep them?

Abrazo’s board is implementing a new policy that prohibits adopting parents from featuring pictures of kids in Abrazo’s care in fundraising appeals. These children are clearly incapable of consenting to this, and as long as Abrazo is the managing conservator of a child, it is simply not an adopting parent’s place to do this.

Children’s Rights in Adoption are Ongoing

For the adults involved in an adoption, there’s often a perception that the adoption was an event that occurred in a set point in time. For most adoptees, however, adoption is a part of their ongoing identity, one they often grapple with as they progress through developmental stages.

For this reason, children’s rights in adoption should be regarded as an ongoing priority– and one that continues long after adoptees are no longer children.