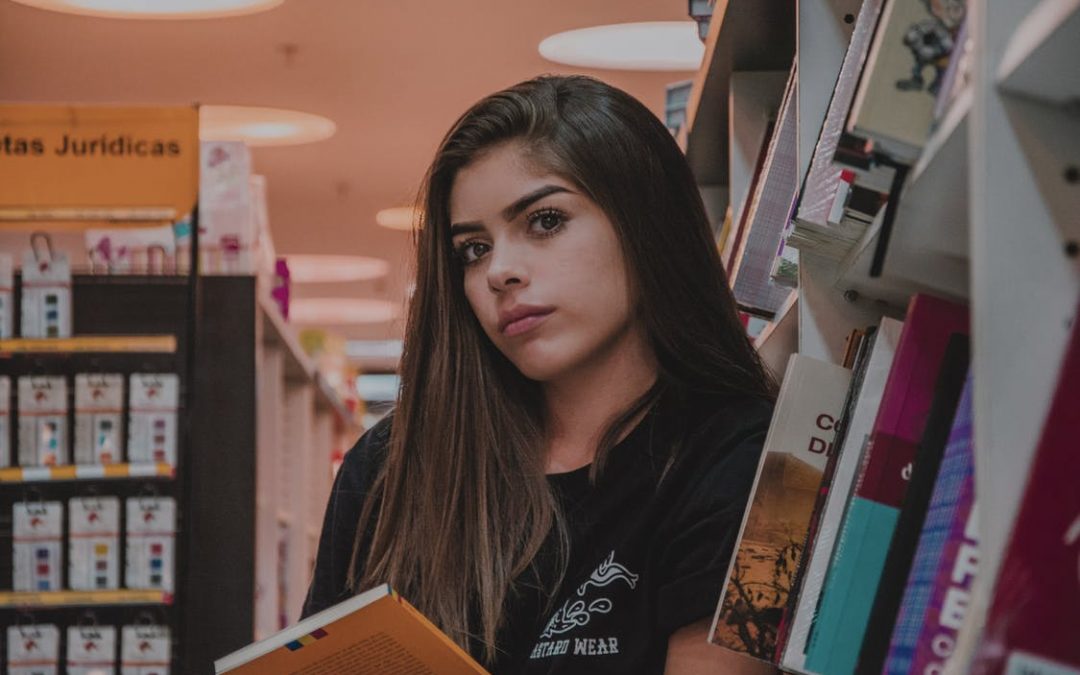 When you get pregnant in college, life can suddenly feel like a whole different ballgame.

Get pregnant in high school, and everybody says you’re just a teenager who didn’t know better. Come up pregnant in college, but suddenly, folks act like you’re someone who should already have a plan in place, like you were old enough to know better?

Ignore them. Unplanned pregnancies can happen to anyone, at any age and any stage of life. (That’s why they call them “unplanned,” amirite?) It’s not a reflection on you or your worth. Even if it feels like it upends everything, take heart. This is not going to destroy you, even if it does change everything for at least a while.

As a pregnant co-ed, your privacy rights are protected under federal HIPPA laws, so nobody should be able to share news of your medical condition with anyone without your consent. Title IX is federal legislation that protects you from being discriminated against as a pregnant student. (Be forewarned, though, that a private or church-related school may have student conduct standards that could impact your standing or scholarship status, if they’re Title IX-exempt.)

Pregnant in College? You Have Options

Any licensed obstetrician can give you information on your pregnancy options. Other than abortion, college co-eds do also have the option of parenting, of course, or placing a child in short or long-term private foster care, or making a loving adoption plan. Abrazo has worked with a number of placing parents who were in high school, college or graduate school, and birthmothers can make confidential adoption plans here independent of parental consent or a bio-dad’s approval, if he is not married to her, has failed to support the mom and baby, or has not legitimated the child in a court of law.

Starla* didn’t learn she was pregnant until the end of her first semester in her junior year. It was the result of a summer fling with a guy who ghosted her as soon as she discovered photos of him with his fiancee on Snapshot. Starla had thought her irregular periods and abdominal pain were due to stress about finals, so she was shocked when the campus health clinic told her she was expecting a baby. Having grown up in a strict Mormon home, she did not choose to involve her family nor her ward leader, although she knew she’d have to face the consequences if they were ever to find out. She chose to place her child for adoption, with a couple who understood her need for privacy and agreed to an open adoption with contact terms that respected her privacy needs.

A graduate student we’ll call Wendi took an entirely different approach. She had become pregnant as the result of an affair with a married professor at her large state school. She initially welcomed the news of the pregnancy, and still rode her moped to class each day as her belly grew bigger. She’d hoped her baby’s father would leave his wife for her, but it became increasingly apparent that wasn’t going to happen. She didn’t want to forego her plans to pursue a doctorate to become a single mom, but she put off making any longterm plans for the baby until a week after she’d delivered the baby herself at home in her campus apartment. Having that time alone with her baby gave her the clarity she needed to know what choices would be right for them both.

A Change in Plans can Change Your Plans

At Abrazo, we know that with unplanned pregnancies, plans can change at a moment’s notice, and if they do, our agency stands by to help however we’re needed.

Shauntae was referred to our agency by a hospital social worker after being taken from her dorm to the nearest emergency room by ambulance after suffering a seizure. It wasn’t until she got to the hospital that she learned she was also having a baby. She swore she’d had no idea she was expecting, and had no way of knowing who the father could be. She was initially planning to leave the baby at the hospital in a safe haven abandonment, but after being counseled about her options, she opted to make an adoption plan, instead. (And later, she was glad she did.)

Plans can sometimes change in the other direction, too, though.

Concepcion, who contacted Abrazo this year, was a foreign exchange student. Her sorority sisters had helped her carefully research options when she confided in them about her secret pregnancy. She was desperately hoping to keep her family from knowing, as they held traditional Latin American values and already disapproved of her desire to pursue a degree and a career. She chose a Spanish-speaking family to adopt her baby, and carefully planned to avoid going home on school breaks, only to have the nuns at her college alert her family to her condition. The family forced her to drop out of school, unfortunately, insisting that she raise her assailant’s baby at home, against her will, much to her regret— andforever altering both her future and that of the child.

Other Things To Consider if you’re Pregnant in College

If you’ve gone away to school, you may find you have more freedom to explore all your options and make your own decisions. (Having some distance can afford some autonomy and privacy that’s lacking for co-eds still living at home.) Abrazo is able to provide housing for placing parents who need a private place to stay off-campus or away from home during and after pregnancy. (Our staff can work with you wherever you may be, however, across Texas or beyond. Don’t worry– we’ll come to you.)

It’s natural to feel like an unplanned pregnancy is the end of life as you know it. It’s not, though… trust us on this! Think twice about trying to hide your entire pregnancy from your parents, though you’re not required to inform them. Whatever your age, you still deserve their unconditional love and support, and babies and adoptions can both hard secrets to keep. You may also want to share your news with trusted college professors, if your prenatal appointments or hospitalization may keep you out of class during crucial assignments or tests.

Whatever you do, please don’t drop out of college just because you’re having a baby, whether you choose to place or parent. Twyla forfeited her college scholarship after placing her child, thinking she’d take a few semesters off to recover and then return to school. She never did, and she now views the loss of her education as being harder to overcome than her decision to have her child adopted.

Be prepared to ignore campus gossip about your condition. Even though your private business should be respected as private, some college campuses and cultures are worse than others when it comes to pregnancies. (Yep, even nowadays. And be prepared for this: more guys may come on to you because you’re pregnant. Funny, huh?)

Finally, remember that your school does have onsite counselors or offsite therapists they can refer you to if you need someone to confide in about what you’re going through; everyone else should be kept on a need-to-know basis. (If they don’t need to know, you don’t need to tell them.) You will want to check on whether your campus or family health insurance covers pregnancy, and if not, ask your doctor’s office to help you with applying for Medicaid coverage for prenatal care and birthing costs.