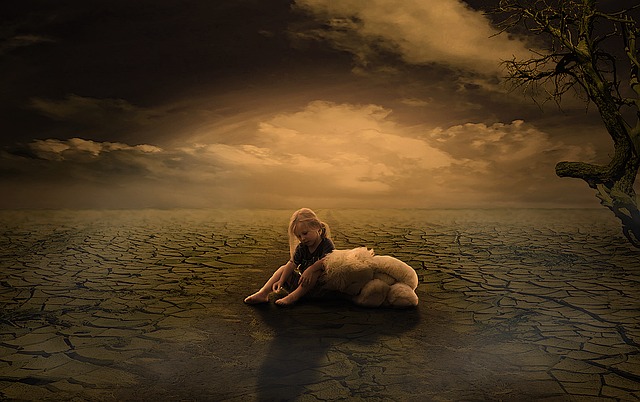 At Abrazo’s recent orientation event, a question arose about lost connections and adoption ghosting. There’s a common misconception that whenever open adoptions go closed, it’s because the adoptive parents shut down access. The reality, however, is that successful open adoptions require continued commitment on everyone’s part. Communication can falter when people are struggling, so no one is necessarily exempt.

One birthmother on our panel was explaining why she sometimes loses touch with the family with whom she had placed. (That family adores her so much, they actually flew in from out-of-state to accompany her to our event, which just made her brave candor that day that much more poignant.)

She loves her child, no doubt about that. She did then, and she still does, now. She knows where her child is and who her child is with. And she truly loves them, too. But she doesn’t keep in touch as often or as consistently as she knows she should.

It’s not that they’re not in her thoughts; it’s that she sometimes feels a need to take herself out of theirs. Because she doesn’t feel worthy of their love, despite their assurances that she is and she should.

Why not? It seems like a paradox, doesn’t it? In a society where so many birthparents fear being shut out of their children’s lives after placing, why would anyone take a chance of losing contact? And what about when lost connections and adoption ghosting potentially impact the best interests of an adopted child?

Another perspective from another birthmom

Another wise birthmother in the room took these questions to heart, and afterwards, she messaged us with further thoughts on why birthparents sometimes ghost their children’s adoptive families:

“It truly is a multifaceted question, and the answers are never the same for everyone. But here are a few reasons that I can say.

It could be because of depression. Or sometimes (especially in the beginning) talking with the APs is like changing a bandaid on a wound. You know it needs to be changed and get air, but it’s going to hurt, so you hope if you leave it alone, it will fall off.

Even when you’re in a great relationship, you just don’t want to disappoint them. It means a lot to you that they see you do better, even if you aren’t doing better, really. There’s always that complexity. Open adoption is a complex relationship with many layers… and sometimes that can be both overwhelming and breathtaking at the same time.

And even when you have conditioned yourself subconsciously to accept all that it is in your life, it’s hard to believe and trust that this amazing relationship is real. It’s hard to trust that it’s not going to leave or be taken away, leaving you even worse off than you are, now that your child isn’t with you anymore.”

Again, we are reminded that every adoption is borne of loss. Thus, each triad member (birthparent, adoptee, and adoptive parent) must find their own best way of negotiating the effects.

The late BJ Lifton, herself an adoptee, talked about a Ghost Kingdom grown of adoption secrets and lost connections, and the importance of truthfulness. As she put it: just as adults have the power to save children, children also have the power to rescue adults, by insisting they be honest, and by searching for answers to their questions.

Tips for Connecting, Ghostbusting and Healing

So what can be done, when open adoptions are plagued by lost connections and adoption ghosting, whatever the cause?

First of all, please don’t take it personally. People don’t distance themselves because you’re unlovable– they take time away from a relationship when they feel unlovable.

Next, create a strong foundation for your relationship by communicating truthfully. Make it known that it’s okay to be honest. There’s nothing wrong with needing time or space, but this need should be conveyed in advance so the adoptee doesn’t get hurt by it and mistake it for a rejection. Parents need to help children understand that out of sight doesn’t mean out of mind.

Don’t give up hope! Leave the light on, if only in your heart. There’s nothing wrong with longing to know that your adoption relatives are okay. (Adoption therapist Joe Soll says don’t give up seeking reconnection until you get a cease and desist letter.) Towards this end, we believe that Facebook stalking and online searches are fair game, as long as you’re not being intrusive. (When in doubt, please consult your adoption professional for advice.)

Remember the fairy tale of Hansel & Gretel? They were saved by a trail of breadcrumbs. You, too, can create a breadcrumb trail: always make it easy for the other party or parties to reach out when they’re ready. Maintain a social media page or phone number that remains unchanged throughout the years. Send self-addressed stamped envelopes to help increase the likelihood of a written response. Periodically mail updates, even if you get no response, to ensure that the other party/parties know/s you still care. And keep copies, so the adoptee will know how much it mattered to you, too.

Finally, honor the missing person’s ongoing place in your life, for your own peace of mind. Whether that means recounting stories that include them or keeping a framed photo in your home or including them in your prayers, honoring them may be therapeutic for you in their time of absence.

Lost connections and adoption ghosting don’t have to be permanent nor haunting; make it your quest to find what’s lost, and restore the light.