How Not to do Adoption 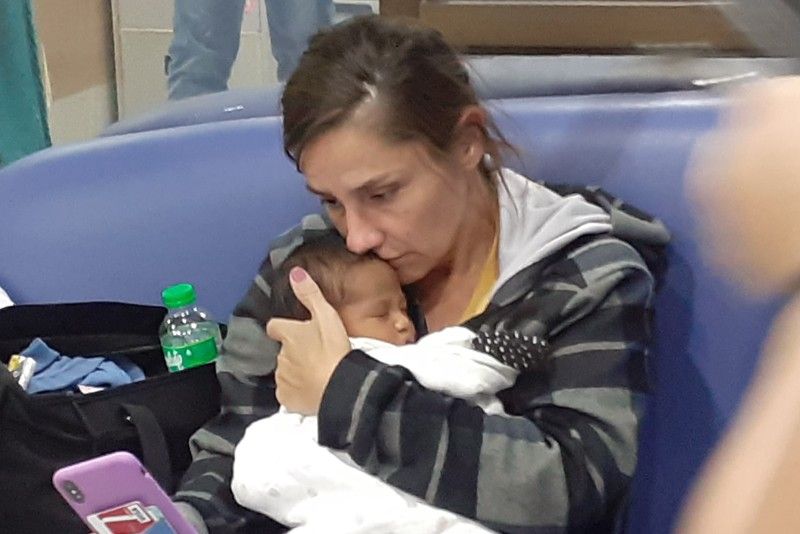 We get it: adoption is not a cheap pursuit. The adoption process can take a long time if you do it “the right way.” And international adoption is even more expensive. (Even though some like the mythical “security” of having any birthparents being far away.)

Everybody wants the illusion of self-control over their own destiny. So people like the idea of a D-I-Y adoption, and it seems easy to do. Just find someone who doesn’t want their kid, say you’ll take it off their hands, and go get it, right?

Wrong. Forty-three-year old American Jennifer Talbot found out the hard way how not to do adoption this week while vacationing in the Philippines.

Don’t Do What She Did

Jennifer Erin Talbot is an Ohio native, who currently lives in Sandy, Utah. And let’s be honest: she looks like somebody that all of us know, somehow. She works at the mall. Jennifer goes to church. She’s somebody’s wife, somebody’s mom.

For whatever reason, Jennifer (a married mother of five) thought a do-it-yourself international adoption sounded like the perfect summer home improvement project.

Did she contact an adoption agency about getting a legitimate homestudy done? Should she have hired lawyers for herself and for the expectant mother she’d been chatting up online? Did she ever stop to consider all the ramifications of her actions? None of this is clear yet. But what is known is that Jennifer Talbot self-matched with pregnant Filipino teen Maricris Dulap online (according to Dulap.) The teenager was reportedly looking for someone to adopt her baby boy due in August. And Talbot, on her third marriage, was willing to do whatever it might take to get that baby, apparently. It was a textbook example of how not to do adoption.

Talbot traveled from Utah to Davao City to stay with Dulap on August 21. The baby was born August 29, and on September 4, Talbot was arrested at the Manila Airport. She had smuggled the baby past immigration hidden in a large fanny pack.

Do Adoption Right– or Not at All

Whether Talbot was seeking to acquire the baby for herself or for someone else is not yet clear? The UK Daily Mail reports she was attempting to fly the baby from Manila to Toledo, Ohio. She was flying on Delta Airlines, the company for which her husband Lawrence reportedly works.

Jennifer Talbot now faces child abuse, kidnapping and child trafficking charges, which could carry a sentence of life imprisonment. Baby Boy Dulap is now in the custody of Child Welfare, and his birthmother has also has been criminally charged. Talbot lied to authorities when apprehended, claiming she was the baby’s aunt, so it seems she knew what she was doing was wrong.

We’ll give Talbot the benefit of the doubt, and assume she was probably a good person who was terribly misguided. We cannot forget, however, that multiple children’s futures (her own, as well as Dulap’s) have now been forever impacted by her lack of judgement (and/or integrity.)

There are, unfortunately, plenty of people who feel justified in cutting corners where adoption is concerned. The adoption process is admittedly unwieldy and expensive and complicated. Yet there is good reason for all the paperwork and the preponderance of precaution that it entails, and this is why.

The Talbot tale is oddly reminiscent of other private adoption efforts gone wrong. (Remember the Baby Gabriel tragedy a decade ago? Tammi Fay Peters Smith, another mother with multiple marriages and several children, reportedly solicited a prospective birthmother in another airport. That little boy eventually disappeared in Texas, and has never been seen again.) Whatever compels folks to do adoption on the down-low, going to illicit lengths to secretly make someone else’s child your own is never legal, and always dangerous. It puts the prospective adopter, their family, the potential birthparents, and the child all at risk.

There is a fine line between altruistic and child-centered adoptions done legally, and child-trafficking. Yet that crucial line has the life-altering power to fortify a child’s future, or forever destroy a child’s destiny.