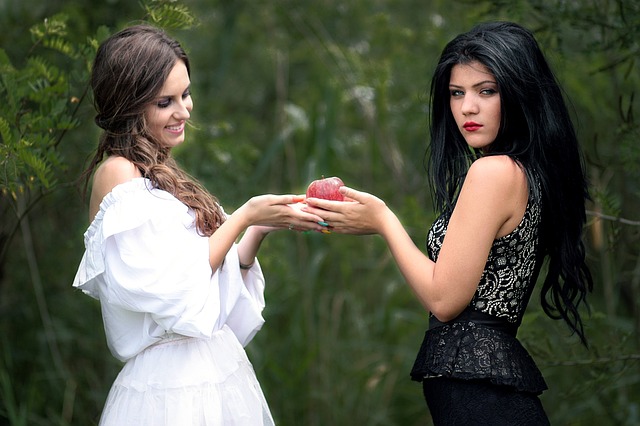 Anti-adoption websites label hopeful adopters as “adoptoraptors” and repost their profiles with vicious commentary rebuking them for seeking to adopt at all. Disgruntled adult adoptees advocate for others seeking to reverse their adoptions. Adoptive parents increasingly face prosecution, rightfully, for rehoming, abusing, neglecting or killing children they adopted. Yet such tragedies are sure to trigger widespread publicity, despite the fact that these incidents still happen far less in adoptive homes than biological homes.

Some might argue that the pendulum has simply swung in the opposite direction of where it used to be. After all, ever since the days of the orphan trains, parents who adopted have received social adulation for “rescuing” unwanted children. Taking in someone else’s child was considered an act of great charity. Innocent adoptees were viewed as being the product of “bad blood” for being born out of wedlock or born to those unable to care for them (through no fault of their own, of course.)

But all too often, curiously, the brunt of the criticism seems directed at adoptive mothers, whom public opinion depicts as having less pure motives than those of the birthmothers. (Birthfathers and adoptive dads are seemingly faultless in most of these malignant scenarios.)

So how did adoptive parents go from being “societal saviors” to suspected babysnatchers, all within just a few decades?

Back in the day, adoption rarely involved babies, because formula was hard to come by. Most unwanted babies were either “foundlings” abandoned to die, or illegitimate children boarded with wet nurses at baby farms.

The vast majority of adoptions in the early part of the last century entailed voluntary placements of older tots, known as street urchins.

Would-be adopters’ motives weren’t always pure back then, either, of course. A certain number of the orphan train riders taken in by farm folk were intended to serve as cheap labor. (However, those rarely ever resulted in actual adoptions being legalized.) Adoptive parents were errantly advised to hide the facts of their adoptions from everyone, even the child, and never tell a soul, to shield the adoptee from disgrace and discrimination.

It wasn’t until the 1950s (also known as the Baby Scoop Era) that commercial baby formula became popular, just as a surplus of infants became available for adoption, due to social stigmas against single mothers at that time.

Adoptive parents were then lauded as selfless people taking in helpless babies rejected by “unfit mothers.” Most were prevented from ever knowing the birthparents, who were cruelly required to sign over their babies with no information about where their baby was going or with whom.

The disenfranchised birthmothers, scorned as “fallen women,” were largely left to suffer in silence. Only now are their voices being heard, as “the girls that went away” finally feel able to tell their truths online or avenge their grief on talk shows. At long last, their lost children are finally finding them, righting old wrongs via genetics testing and despite closed adoption records laws.

The adoptive parents of yesteryear never saw this coming. They were told their children would never need any parents but them and would never seek out any truth than theirs, if they just did things “right.” No wonder elderly adopters are bewildered by all the adoption reunions today. In their minds, they did the best they knew to do then, yet it’s all so different now.

Adoption numbers have been in a freefall for years now. However, infertility rates seem to be continually increasing, even as the social stigmas regarding adoption decrease. Nowadays, record numbers of hopeful adoptive parents (gay and straight) market themselves across the internet. They hold fundraisers to gain the funding to adopt. And most necessarily commit to varying degrees of pre- and post-placement contact with the placing parents, understanding its benefits for adoptees.

Perhaps the growing public attention paid to parents that adopt created a backlash, along with the expanded focus on adoptive parents behaving badly? Traditional wisdom always held that blood was thicker than water. While research proves otherwise, adoptive parents now find themselves having to prove themselves just to get to placement, whereas years back, the emphasis was on proving their worth as parents only post-placement. In doing so, they make themselves very vulnerable. This seems to “bring out the mean” in a society where many are inclined to envy them or to be reviled by their neediness.

Contrary to public opinion, though, the majority of adopting families are not independently wealthy folks seeking to buy a baby. Most do prefer to adopt infants; this is true. Given their own infertility, they long to experience the joys of parenting from infancy on, although the greatest need in adoption is for homes for older kids in state foster care. Yet most hoping to adopt babies are seeking costly agency adoptions specifically because of their desire to “do things right”– even if adopting through an internet adoption babybroker would potentially be cheaper.

It doesn’t cause hopeful adoptive parents to abandon their adoption quests. If anything, the vilification just feeds into the misconception that adult adoptees are ungrateful or that all birthparents are bitter.

It won’t inspire anyone to adopt more older kids, just to avoid a public shaming.

And painting all adoptive parents as villains doesn’t enable adopters to parent adopted children more effectively. It doesn’t enhance the adoption experience for kids who do have to be adopted. If anything, it causes parents and kids to become even more isolated from the resources that could help them both.

See, here’s the thing: people who adopt DO need exposure to others’ experiences. Those who have found adoption to be injurious do have important lessons to teach the rest of us. Yet attacking those not responsible for their pain doesn’t right any wrongs– it only proves the saying that “hurt people hurt people.”

If our real goal is to help adoptees, we can do that by learning from each other to make adoption better. And by better preparing those who are placing and adopting, and by better educating and supporting those who do adopt and who have placed and who are adopted.

Vilifying adoptive parents just raises the toxicity level of society as a whole; let’s work together to stop predatory adoption practices, yet affirm those who do adoption and parent the right way for the right reasons, and let them know their integrity is truly appreciated.