A Fine Line in Open Adoption 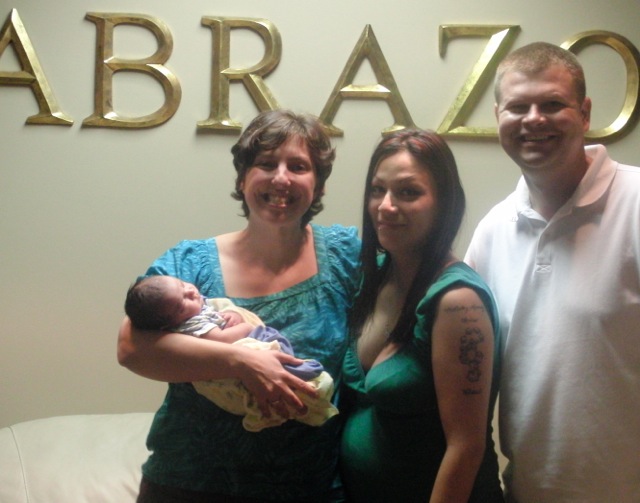 There’s a fine line in open adoption. Anybody involved needs to know this, upfront.

In Texas, the law says there’s no legal difference between an open adoption and any other adoption.

For a baby or child to be free to be adopted, the first parents must surrender all rights and forfeit all responsibilities. That’s called an “irrevocable relinquishment.” In the Lone Star State, it can’t be signed until the baby being placed is at least 48 hours old.

But in Texas, once is relinquishment is done, it’s done forever, if a Texas-licensed agency is involved. (No grace period, no reclaims, no take-backs.)

Where a Fine Line in Open Adoption Is Drawn

For some placing parents, that’s a relief, because they know their decision is final. Some birthparents, however, find it a curse, because there’s no chance of undoing it later if there are regrets.

For adopting parents, it seems like a good thing, because it offers peace of mind that the child they’re falling in love with will stay in their care.

With open adoption in Texas, the adopting parents and the placing parents voluntarily agree to get to know each other and to stay involved in each other’s lives to a pre-established degree.

And that, friends, is where the fine line comes in. Because adoptions are arrangements that are always impacted by human emotions. And any intersection of children, law, and emotion is always bound to be complex.

Coloring within the Lines

Even in the most open of adoptions, adoptive parents and birthparents are guests in each others’ lives. And all guests need to understand the limits of hospitality, because the best interests of each adoptee still and always must come first.

Being a good guest means being sensitive to the needs of others. It means communicating with both kindness and honesty. Good guests are those who do what they say they’re going to do. They don’t take undue advantage of others, and they’re careful not to overstep boundaries.

In open adoption, you make time for each other. You share the time and attention of the child you all love so very much. Trust grows over time, with promises kept. The relationship is between the adults, though. And each adoptee, when grown, must decide for himself or herself whether to participate in that relationship.

Relationships based on trust can never be legislated. Still, as one wise father once said:

“Morality cannot be legislated, but behavior can be regulated. Judicial decrees may not change the heart, but they can restrain the heartless.”

We wish Texas could apply basic contract law to the open adoption agreements, for the protection of everyone involved. We don’t believe anyone who comes together out of love for a child is heartless, but we do know hearts can be broken by misunderstandings on both sides.

Abrazo insists on written open adoption agreements in lieu of legal contracts, in an effort to ensure that expectations are discussed and delineated by the parties in advance. Still, every agreement is only as reliable as the people involved,  and therein lies that fine line… again.

Nothing about open adoption is easy. Yet when it’s a commitment based on mutual love and respect, it’s well worth it, even if a fine line in adoption does requires some extra effort on everyone’s part.