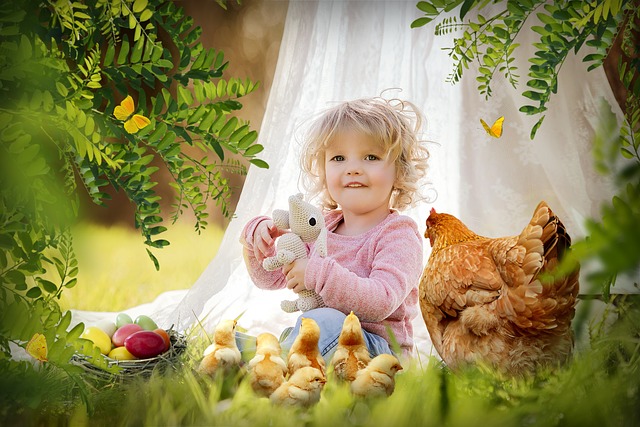 In adoption chicken always come home to roost. If that saying doesn’t resonate with you, chances are you’re not from Texas or you’ve never adopted. (Or maybe you just don’t like chickens?)

Regardless, though, the meaning should be clear. In this lifetime, anything we say or do is bound to rebound, eventually.

Nothing stays hidden forever, after all. It’s like dinosaur fossils that resurface centuries later: anything we think we’ve swept under the rug will likely resurface at some point, in some fashion.

Even if we think we’ve taken our secrets to the grave with us, sooner or later, the truth will eventually be uncovered someday, by someone.

And in adoption, that someone is all too often somebody who was once adopted… unless the people who love adoptees most “come clean” and spare them that burden.

It’s not easy. But it is important. Adoptees should never feel they have to be anyone’s secret, after all.

One of Abrazo’s most beloved adoptive families began as an infertile couple from South Texas. The adopting mom’s stepdad had been an adoptee in a closed adoption. Knowing how this had affected him, the couple opted for open adoption instead. It was such a positive experience, they did a second open adoption with Abrazo. Eventually, their daughters’ grandpa (seeing the difference open adoption made in their lives) searched for his own birthmom. He found her– in her eighth decade of life. She was overjoyed to be reunited with the only child she’d ever borne. And she was relieved to not have to keep him a secret anymore.

This story doesn’t end there, though. This year, the adoptive mother got an unexpected email from someone who had done DNA testing and thought they might share a father? The adoptive mother responded kindly to this stranger that the test results could not have been accurate. Her parents had been happily married for many years, but her dad had died when she and her brothers were young. She shared this email with Abrazo, which encouraged her to pursue DNA testing herself, just to be sure. And sure enough– you know where this story is headed, right?

The DNA test confirmed that the stranger and Abrazo’s adoptive mom were, in fact, half-siblings. As it turned out, their late father had committed a marital indiscretion, and never even knew that a pregnancy had resulted. That baby had been quietly placed for adoption. That adoptee (unable to access an original birth certificate) didn’t successfully unravel this life mystery until after it was too late to meet either birthparent. Both had passed away.

It fell to Abrazo’s adoptive mom to break the news to her mother, who responded with grace. This enabled the adoptee to be warmly welcomed into the family by her half-siblings. They are dealing with this life surprise with mixed emotions, though, realizing their dad will never know the (grown) child he never knew he’d fathered. Yet because this family has already opened their hearts to adoption, and because the adoptee is also herself a mom by adoption, they’re better prepared than most to negotiate this uncharted territory… together.

So what can prevent this, when adoption chickens always come home to roost? The clearest answer, of course, is to simply eliminate secrecy in adoption. If all adoptions were open, adoptees would never have to bear the brunt of adoption secrets, after all.

This is the point adoption reformers are trying to make in nationwide legislative appeals to make original birth certificates accessible to all adopted adults. (Texas HB2725 is only the latest effort to convince the Texas Legislature of this, although it seems unlikely to pass this session, sadly.)

Clearly, genetics testing technology has unleashed the secret-busting genie from her bottle. So it would be to the advantage of all for information to be readily available to adoptees through the State, to spare them the cost and indignity of having to undergo DNA testing to unravel personal mysteries. Not all adoptees are seeking their own birth information to pursue adoption reunions, after all. And not all birthparents want their other relatives contacted first by searching adoptees.

(If DNA testing is something you need to pursue, now is a good time to do so on Ancestry.com. The Mother’s Day special makes their $99 DNA test available for $59, until 5/13/19.)

Let the Truth Set You Free

Or if you have an adoption secret you’ve been hiding, Abrazo has free adoption support and counseling available.

Or you could self-free yourself of the weight of that burden, as one of Abrazo’s birthmothers did this week. After 17 years of hiding the fact that she and her husband had placed two children for adoption, she approached her family with the truth. Then, in an ultimate act of courage, she elected to post her truth on Facebook. She didn’t have to, of course. But she’d reached a point in which the strain of hiding that secret became far greater than her fear of having the truth known. Now, those children she loves so are freed from the agony of being anyone’s secret. And those proverbial and pesky chickens have been chased out of all of their yards– forever.

Everyone won’t always respond positively to such revelations, of course. You have to give folks time to feel what they feel and come to terms with what it means. Try to remember that old poster slogan: “if you love something set it free. If it comes back to you, it’s yours. If it doesn’t, it never was.” Here’s the ultimate truth: only those who love you unconditionally truly matter, in the long run. The people whose love and support is conditional will never be those whose opinions should matter the most. The “best interests of adoptees” are the guiding principle by which all adoptions are done; therefore, we must always (always!) be willing to put the needs of the adoptee first, long after placement is over and done.

Chickens can be adorable creatures– but adoption secrets are rarely endearing for anyone. Adoption chickens always come home to roost, eventually, if the truth has been suppressed. However, if you crack the barn door open to air out the hayloft and let some light in, you’re likely to find that it ends up feeling liberating, in time… for everyone.