Begging for Change in Adoption 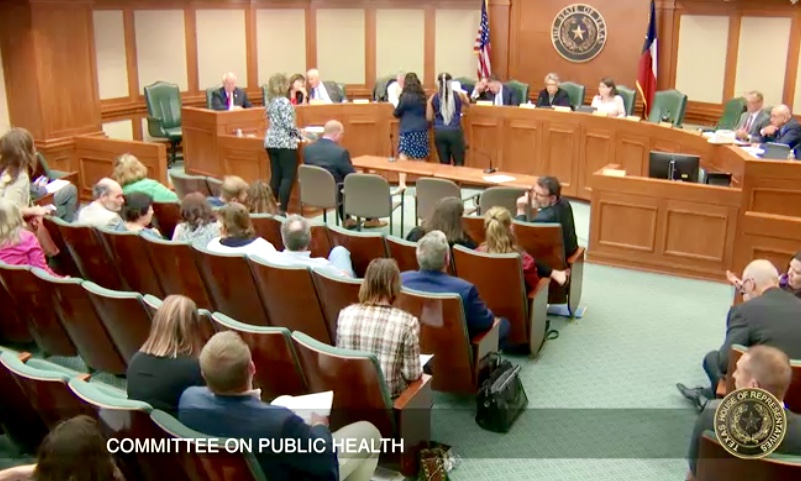 My name is Elizabeth Jurenovich, and I spent last Wednesday in Austin, begging for change in adoption laws here in the great State of Texas.

I almost didn’t go, to tell the truth. I’ve been to the Texas Legislature before, begging for change in adoption. I’ve written letters. I have made countless calls. I’ve taken my staff to Austin every other year for the last few sessions. Frankly, it has felt like an exercise in futility, more often than not.

I’m not a native-born Texas (but “I got here as soon as I could” as the tshirt slogan goes, as I moved here in 1983.) My adoption career began in 1987. So I think of myself as being a late born Texan, anyway. And I’ve seen for more than 3 decades why change in Texas adoption laws is needed.

In Texas, despite the pride that Texans take in the idea of independence, many tend to vote like sheep, following tradition, money and (for too often, in my personal opinion) the power brokers.

So while it may seem logical that Texas should readily support concepts like adoptee rights and OBC (original birth certificate) access for adopted adults, those with money and power too often have driven that vote in other directions. 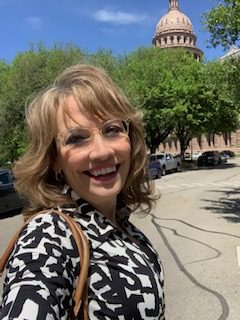 Wednesdays are birthparent support group days around Abrazo, as you may know. So leaving town for the day to go to Austin for the Public Health Committee hearing was not at the top of my bucket list for the week. Still, I contacted Marci Purcell, an adoptee who’s the president of Support Texas Adoptee Rights to ask if my presence was needed, and she said it was, so I got in the car and headed up north IH35.

I wasn’t alone, of course. Other adoptee rights advocates from all across Texas did the same thing. Adoption therapist and author Patricia Martinez Dorner and her husband from England were there. Connie Gray, adoptee and founder of STAR, showed up, as did Dawn Marie Williamson Scott, of Adoption Knowledge Affiliates. Shawna Hodgson and Kim Dimick from Texas Adoptee Rights Coalition were in attendance. Some of the others I knew from past forays for the same cause in sessions past. Others were new to me. All were committed to the cause.

The hearing was set to begin at 9:30 am. We waited in the hearing room for the lawmakers to get out of session. I’d picked up a rather nasty chicken salad sandwich, chips and M&Ms from the cafeteria, so I bagged the sandwich and opted for a chip-and-candy lunch instead.

Hurry Up and Wait

After many hours of waiting, lawmakers began to slowly file in and take their seats– after 2:30 pm.

The chairwoman, Senfronia Thompson, held court in the center. She’s an elegant, articulate woman who clearly doesn’t suffer fools lightly, yet has a delightful sense of humor. (This was essential, because there were 203 people registered to testify on more than 33 proposed bills.) We sat through bill after bill, on mental health care for veterans, and stem cells, and human trafficking, and food allergies, and pharmacy practices and cosmetology licensing and more, praying in vain for our bill to be called.

The lawmakers would sit and listen to testimony, then take turns exiting for breaks of minutes or hours. Still the hearing went on (and on, and on.) I texted with my office, and pondered how long my dog could stay in my house without a potty break. And then I thought about how many years Texas adoptees have been expected to go without ever even seeing their own birth certificates and I felt guilty about mentally complaining about the wait I was enduring.

Finally, Chairwoman Thompson called for testimony on HB2725 around 7:30 pm. Representative Gina Calanni, the bill’s sponsor, gave a moving introduction in which she talked about being an adoptee herself and being denied access to her own truth. Due to the late hour and the large number of people registered to testify on the adoptee rights issue, only nine witnesses were able to be heard. More than two dozen others submitted written testimony.

I was the next to last to testify– and yes, I was nervous. After talking about leading an agency that has practiced open adoption in Texas for 25 years, I shared Dr. Randolph Severson’s bus story, which I tell at orientations. It illustrates succinctly why closed adoption practices have traditionally been harmful for adoptees and the parents that love them.

Two lawmakers whispered to each other during my testimony. The representative from the Rio Grande Valley, Bobby Guerra, made eye contact with me and appeared compassionate. My own elected representative smiled pleasantly at me. I wondered if he realized my agency had placed two children with one of his law partners, children who are growing up with visits with their birthmom, thanks to their evolved and empathetic adoptive parents. 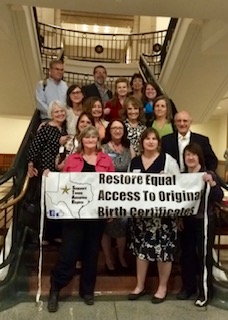 Only a few lawmakers voiced any questions; Patricia Martinez Dorner and Connie Gray offered passionate and articulate answers to Rep. Wray’s voiced concerns about how adoptive parents would feel about adoptees having OBC access (answer: most support it, and regardless, it is a civil right). Another inquiry raised was about whether open adoption records increase abortion rates (hint: evidence shows the opposite is actually true.) Representative Guerra kindly offered verbal support for adoptees’ need to know who they are and where they came from; I wanted to give him a standing ovation.

After speaking, I made my way back to my seat. Onlookers whispered words of support, for which I was grateful. In the hallway afterwards, an adult adoptee approached me with tears in his eyes; he said “thank you!” and we exchanged hugs. Many of us gathered for a group photo before leaving for home.

Today, on the same day that American taxes are due and the Notre Dame Cathedral burned down in Paris, it was announced by the Texas Committee on Public Health that HB2725 “failed to receive an affirmative vote.”

This doesn’t necessarily mean the issue of adoptee rights is dead or done for 2019. But it does mean that it is more important than ever for Texas legislators to hear from constituents about the need for passage of clean adoptee rights legislation here in the Lone Star State.

So here’s what we’re asking you to do. Whether you are an adoptee, a birthparent, an adoptive parent or just a concerned citizen, find out (for free) who is your state senator and state representative?

Then call and email their office. Say and write “I am your constituent and I want my elected official to support a clean adoptee rights bill here in Texas. This is important to me, and I need to know it’s important to him/her, too.” Every single call and letter or email is recorded— that’s why this is so important.

Lawmakers in Texas need to know this issue matters to us. (To all of us.) The power brokers may still vote it down, but there’s strength in numbers, and Texas adoptees need to know we’re all behind them. Not all of them care about getting a copy of their original birth certificate. Not all of them are interested in adoption reunions. Yet they all need to know that we all recognize that it should be their right to access that information, if they so choose.

So this is why we are begging for change in adoption in Texas law, and why we’ll continue to do so– however long it may take.