Top Posters In This Topic

In the beautiful season in which so many remember the world changing impact of one young woman's unplanned pregnancy centuries ago, Abrazo is blessed to announce yet another tiny miracle. He was

Some adoptions seem to come together in record time, while others seem to become a far more complex route, for reasons that don't always make sense. Yet time and time again, we've seen that what mat 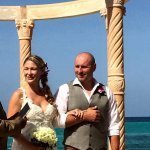 Our Candy Cornhole family getting is growing so fast!  Congrats to the family of our newest member!