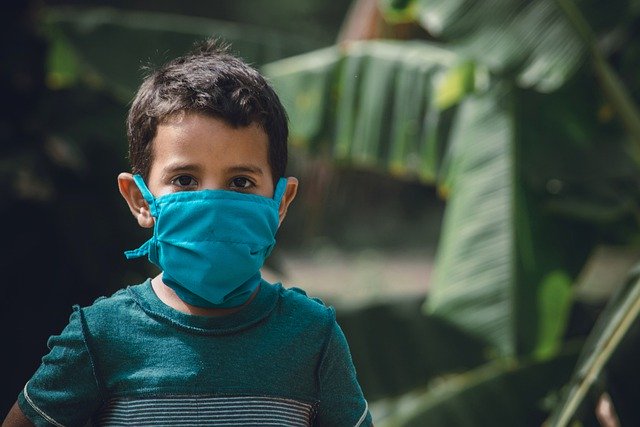 The prospect of the coronavirus pandemic creating a new generation of American orphans is terrifying.

However, it’s a possibility for which we all need to prepare. (And not bringing it up won’t keep it from happening.) Please take every precaution to protect yourself– and every dependent in your care.

The risk of kids losing both parents in this country isn’t something that can only impact small children. (Just last year, Abrazo completed a homestudy for a local woman appointed by the courts to adopt an unexpectedly-orphaned nephew in his teens.)

The vast majority of children without parents in the United States have been legally-orphaned by Child Protective Services. Many languish for years in state foster care. They’re safe from abuse or neglect by their bio-families, but deprived of the chance to grow up in a loving home. Why? Simply because their age, race, disabilities or number of siblings make them no longer desirable to those seeking to adopt babies or toddlers only.

However, there’s a new storm afoot, which could potentially destabilize the lives of a whole new generation. Our nation’s kids are at heightened risk of becoming American orphans.

At present, public health officials are warning that up to a quarter million Americans of any age may be expected to succumb to the Covid-19 pandemic. And every child in a stable two-parent home (reportedly 69% of the population, in the US) has just two parents standing between them and orphanhood.

Furthermore, a third of American families are single parent households, according to the 2016 census. This means the children of more than 11 million families could potentially be orphaned by the pandemic currently sweeping this country.

And two decades ago, the U.S. Census revealed that more than 2.4 million Americans were raising their grandchildren— even before the height of the opiate epidemic of the last ten years.

Being a good parent or guardian requires that every single person who is legally responsible for a minor must face the terrifying potential, and have a formal plan in place, just in case something should happen to them.

What Every Parent & Guardian Must Do. Right Now.

If you are the parent or guardian of a minor child, you MUST have a legally-executed will. It must designate your child/ren’s legal guardian in the event of your demise, so your child/ren will not end up as wards of the State.

If you became a parent through open adoption, you could have the option of appointing your child/ren’s consenting birthrelatives as legal guardians, if doing so would be optimal. Birthparents likewise have the option of appointing their placed child’s adoptive parents as guardians of the child/ren they are parenting, if they consent. (Note: either would have to legally adopt, just like any other appointed guardian would.)

If you are appointing someone else to be your child’s legal guardian, your will should still include language instructing the appointed guardian to honor your open adoption agreement, to ensure that the birthfamily or adoptive family continues to have information and access as promised.

If you do not have anyone to care for your minor child/ren if something happens to you, please consider making advance arrangements for an ethical, responsible child-placement agency to accept responsibility for your child/ren, if you die before they’re grown.

Nobody wants to have to think about this, we know. Yet there’s never been a time in which it’s more essential. This is a possibility for which we all need to prepare. (And not bringing it up won’t keep it from happening.) So make all necessary arrangements now, and you just might sleep better at night.

America’s child welfare system is already broken down and overburdened. The last thing any of us want is for children we know and love to become American orphans who suffer the risk of being lost in that vast system.