How to Bust an Adoption Scammer 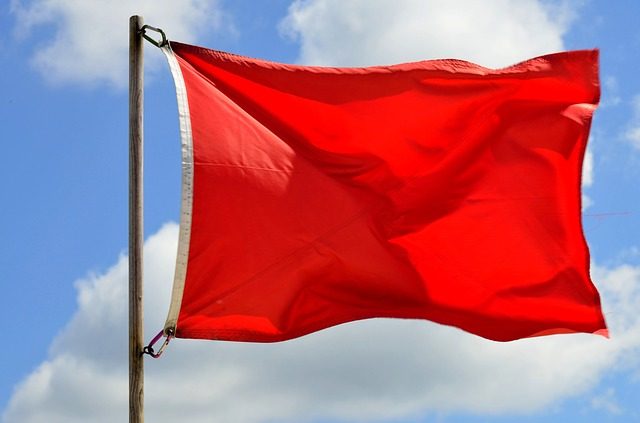 “How to Bust an Adoption Scammer” is not a course they teach in grad school. (But if you’re going into social work to work in adoption, it probably should be.) Adoption scams can be perpetuated by anyone with an ulterior motive and a lack of ethics. And scams aren’t always solely for financial gain. Other “rewards” may be emotional gratification, power and control, or even the illicit acquisition of someone else’s child.

As Abrazo’s founder, I’ve worked in adoption for many decades and encountered plenty of scams. Yet the one I first encountered in Temple, Texas years ago will forever be one of the strangest.

It started out with a call from a prospective birthmother named Christy. She said she was pregnant and needed to make adoption plans. We tried to do options counseling with her, as always. But she insisted no other alternative fit her needs; her heart was set on placing. We sent her preliminary paperwork, which she promptly filled out and sent back. (Her eagerness perhaps should’ve been our first red flag, looking back?)

Meet in Person to Verify Information

I made plans to drive up to Temple to meet with her in person, at a restaurant. To my surprise, she showed up with the alleged birthfather. He was a guy she’d told us had disappeared months earlier and was “whereabouts unknown.” When I told him how glad I was that he had come back into the picture, this red-headed guy just looked confused. (Another red flag, and this one immediately raised my suspicions.)

The hostess led us to a table, but Christy was distracted with her phone and soon excused herself. Trying to make friendly conversation with the babydaddy, I told him I’d thought he’d be shorter (given Christy’s contrasting answer in her paperwork.) He shrugged. I asked when he had colored his hair? He again gave me that confused look, and I told him in the paperwork, Christy had said his hair was dark brown. “Yeah, I dyed it,” he mumbled. But when I asked how he had dyed his eyelashes, he bolted from the table and did not return.

Prepare for the Unexpected (but Take Nothing at Face Value)

Christy did come back, though. She told me the guy had taken off, telling her she had to “come clean” with me. I also encouraged her to do so, and she admitted she was not in fact pregnant nor in need of help. It was her friend who was, she said– and that was why she’d contacted Abrazo and enlisted her boyfriend to play the part of babydaddy. However, she said, her friend was too ashamed to come with her to meet me because she was HIV+ and feared nobody would adopt her baby if she told the truth.

I thanked Christy for being honest. I assured her we’d gladly help her friend find a home for her baby. Abrazo believes every child deserves a loving family and an open adoption. Christy told me she had once placed a child for adoption, but it was a closed adoption; she showed me a creased baby photo she kept in her wallet. We ate our meal, then Christy said she would lead me out to her friend’s place, to meet her in person. I called the agency to let my staff know, then we left in separate cars.

Corroborate Details in your Search for Answers

That day, I followed Christy for many miles, out to a remote trailer park in a rural area. Christy pointed me to the trailer, then waved from her car window, saying she was late for work. She peeled out of the lot towards the highway, and I walked up the stairs to knock at the door of what I soon realized was an abandoned trailer.

I’d been “taken for a ride” (literally) and I was furious. Checking Christy’s file, I found a signed confidentiality release, so I called the emergency contact Christy had given us. The old woman who answered told me she was Christy’s grandmother. I told her what had happened, and she apologized profusely. She said Christy had been “doing this for years” and that her family was desperate to stop her. They’d called the police to no avail and sought mental health services repeatedly. Yet nobody could stop her from luring out-of-state couples to Texas under the guise of an adoption plan. The only sense her grandma could make of it was that Christy was retaliating against the entire adoption world, for her closed adoption loss of the baby years ago.

Watch for History to Repeat Itself

I filed a police report before leaving that day, then returned home expecting to hear nothing more of it. But “Christy” contacted Abrazo again, within the same year. She was using a new name and due date on the paperwork she submitted, but the handwriting and case details looked familiar, and we again reported it to the detective in Bell County.

She contacted us several more times in the years that followed, each time with a compelling story line. And each time, we reminded her that we already knew her shtick and that adoption fraud is a felony in Texas. The last time she called Abrazo, she used her real name and begged for help, saying she was having twins this time and really did need to place. Twins being a typical red flag in any garden-variety adoption scam, we declined to work with her again. (And honestly, we never regretted this judgement call, either.)

The next time we heard anything, it was on the news. Christy Nugent had been arrested, after a year-long FBI investigation. She had graduated from pretending to be a birthmother to impersonating an adoption professional, and had successfully gotten five adoptive couples from a PA adoption agency to pay her fees and fly to Texas for placements of children that didn’t exist. She was charged with eight counts of mail and wire fraud, stood trial and was found guilty.

Apply What You Learn, Moving Forward

As it turned out, that last time Christy called us, she wasn’t lying. She did have two children who in need of a stable home, and in the end, that’s exactly what the State of Texas did for her (and for them), after she’d gone to prison.

Abrazo learned a thing or two about how to bust an adoption scammer from this young lady. We learned that much as we want to help everyone, it’s not always in our power to do so. We took this to heart, and it made us even better at protecting our clients, as well as our traveling staff members.

It also taught us that “hurt people hurt people,” trite as that may seem. We were reminded that anything that sounds too good to be true probably is. And that knowing how to bust an adoption scammer also sometimes reveals that compounded losses in adoption can actually be the cruelest cut of all.