The Birthparent You Never Knew 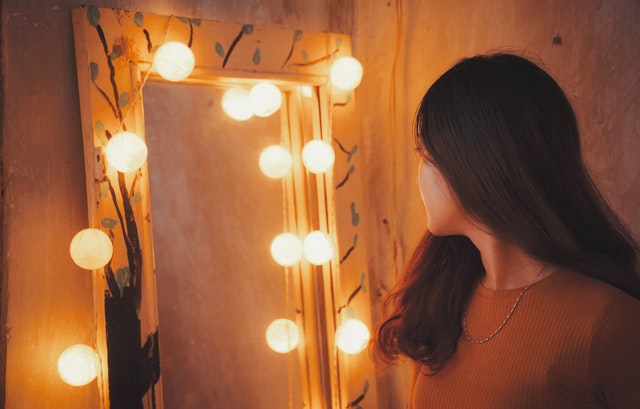 Dear Adoptee: permit us to offer a bit of insight about the birthparent you never knew.

The truth is you’ve always known her/him/them, even if you’ve never met. Why? Because their cells live on in you. And you still know what her heartbeat sounded like from the inside, while she was pregnant with you, even though that memory isn’t in your immediate recall anymore.

Maybe you feel you’ve never known him or her because you haven’t found them yet? Or maybe because you sought to connect, but have gotten no response? Perhaps you had one fleeting exchange which left you with no sense of who they really were? Maybe you reached out, but your request was declined, for some reason having to do with their circumstances, not yours? Or perhaps your birthparent’s life was cut short, before you had a chance to reconnect.

None of these circumstances are easy to deal with. Yet even so, there are some things we think the birthparent you never knew would still surely want you to know…

I Didn’t Know What To Do (Back Then).

Anytime somebody unexpectedly discovers a baby is on the way, it’s a shock. Some people go into deep denial, while others leap to dire conclusions. “I’m not ready! I can’t raise this child! I’ll only mess this kid up.” (Those are some of the thoughts that go through birthparents’ minds in times of crisis.) Parents with too many other kids already worry that another baby’s needs may harm the children they’re already struggling to raise. Others are terrified that someone else’s discovery of the pregnancy might cause violence or physical harm. It’s easy to second-guess a birthparent’s choices years later. but try to remember: he or she was doing what they thought was right at a time when everything seemed wrong.

I Thought The Child Would Be Better Off Without Me.

Years ago, people who were part of unmarried (out-of-wedlock) pregnancies were considered “loose” or “easy” or otherwise lacking in moral fiber. The children they bore were likewise labeled as “illegitimate,” or being of “bad seed.” To protect the child/ren from this social stigma, birthparents were told they should walk away and never look back, leaving their child/ren to be raised by “good upright people.” For birthparents to ever be in contact with their children potentially endangered the adoptee’s place in society. Fortunately, we know better now, but this old bias still causes some birthparents to fear that contact with the adoptee could somehow harm both of you.

I Would’ve Made a Different Decision, If I Could’ve.

Nearly every birthparent wishes they’d had different options available to them. We know of few, if any, birthparent who ever stop thinking or who forget about the child they placed, whether or not they’re evolved enough to admit it. They never blamed that baby for being born, yet many still blame themselves for having not been able to make other choices (before and after conception.) Some carry a lifelong sense of guilt, even when assured that the adoptee’s life turned out well. This also explains why some feel they don’t “deserve” to ever know the adoptee.

If there’s one thing nearly every birthparent agrees on, it’s that they wanted nothing but the best for the child they could not keep. Some had a say in choosing their child’s adoptive family, while others did not. Some were given the opportunity to keep in touch, but even birthparents in open adoptions lose touch, sometimes, because they so fear the pain of rejection or they worry about not living up to the adoptee’s expectations, or being unable to answer the adoptee’s questions. Most long to know, if only from afar, that the adoptee is happy and healthy; few could forgive themselves if they learned this was not the case.

I Fear the Adoptee May Remind Me of the Worst Time of My Life.

Every adoption plan is built out of loss. Whether the conception occurred as a result of an assault or discovery of the pregnancy led to a break-up or the birthparent/s suffered from poverty or addiction, no adoption ever happens because everyone’s life circumstances were ideal at the time of the birth. Making an adoption decision and just signing those papers is traumatic for many. After placing, birthparents commonly experience a long process of grief and loss, even if they initially seek to deny it. It’s not uncommon for birthparents (whether in open or closed adoptions) to fear that contact with the adoptee may be like ripping a scab off a wound, even though the opposite often proves true.

I May Always Love and Loathe Your Adoptive Parents.

Birthparents (even in open adoptions) may harbor very mixed feelings about your adoptive parents, and yes, this is normal. They’re usually grateful that your mom and dad provided you a home, yet it’s normal for birthparents to also envy your adoptive parents for having gotten to raise you. (Yep, even if they made it all possible.) They may also be resentful if your adoptive parents didn’t stay together, or didn’t treat you right. And in hindsight, they may think they might have done a better job of raising you, knowing what they know now, but that’s anybody’s guess, really?

I Hope the Best of Me Lives On in the Child I Placed.

It was Kahlil Gibran who said “you are the bows from which your children as living arrows are sent forth.” Birthparents and adoptive parents share in this essential mission. And while some birthparents may have wounded self-esteem (as a tragic result of the shame most suffered for having placed,) most still harbor secret (or not-so-secret) hopes that the child/ren they placed will figuratively and literally succeed them in every way. Birthparents take great pride in their placed child/ren’s achievements in life, if only for a distance.

It’s normal to long for that which you do not have, even if you’ve enjoyed a life of privilege. (The Germans even have a word for feeling homesick for some place you’ve never been: it’s “fernweh.”) Many adoptees know this feeling all too well.

If you’re still longing to find the birthparent you never knew, don’t give up that quest. (The American Adoption Congress offers guidance, if you need help launching a search.) If you are unable to locate the birthparent you never knew by any means, then still find out all you need to, anyway, about their relatives or their culture and/or the era in which they lived.

And even if you get denied the opportunity to meet the birthparent you never knew in this lifetime, take this message to heart: you were (and are) worthy of love, for the very adoption papers your birthparent/s signed so long ago forever prove they knew it, too.