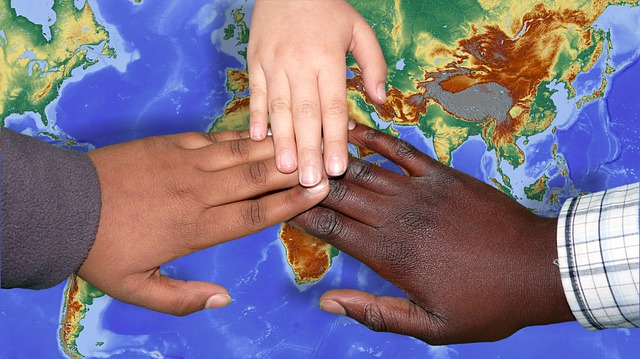 Can we talk about adoption and alienation, for just a moment? “Alienation” is the act of isolating those who should belong. This topic deserves a far lengthier discussion. Yet it will hardly draw the public’s attention even momentarily– serious as it is.

President Trump recently advised four American-born minority congresswomen to “go back to their own countries.” Abrazo does not advocate for any political party. We do, however, advocate for child welfare. And this ill-chosen remark is triggering adoptees, which is absolutely of concern to the Abrazo community.

Following that abusive tweet, Melanie Chung-Sherman, LCSW, LCPAA, PLLC (a social worker adopted from another country who became a naturalized citizen at age 9) had this to say about it on social media:

Transracial adoptees didn’t just hear “Go back to your country” by a sitting POTUS yesterday… Transracial adoptees also heard “Just send ’em back” or “Give ’em back to wherever they came from.” And, yes, my brother and I heard that too. It is deeply layered and has a profound affect on mental and physical health. This is more intensified if an adoptee of color has absolutely no one to safely deconstruct how they felt and (to know) that their concerns will be validated. Oppression tries to silence, disorient and shame those directly impacted by using those in power to reinforce the silence– all are aspects of psychological abuse.”

Melanie is a real-life adoption expert. She knows what she’s talking about. She’s a sought-after speaker, and an extraordinary therapist. And she knows all too well that the problems of alienation in adoption go way beyond the president’s Twitter ramblings.

Thousands of foreign-born Americans have been adopted by parents who neglected to secure their citizenship after finalizing children’s adoptions overseas and returning with them to the US. American adoptees like Adam Crapser, Kim Craig and Monte Haines (South Korea), Vasulu James Redmond (India), Paul Schreiner (Brazil) and Mauricio Cappelli (Costa Rica) have already been deported, due to their American’s parents’ failure to ensure the immigration process made them citizens. (American adoptee Phillip Clay committed suicide in South Korea in May, 2017 after being deported to a country he did not remember and could not live in.)

Yet even American-born adoptees often struggle with a sense that they are alien… different… other than. The secrecy of closed adoption practice, the government whitewashing of original birth certificates, and the lack of access to any birth-relatives present at birth all contribute to the origins of this early alienation.

Growing up with families that don’t look like them, in neighborhoods where their culture is not reflected by those around them can heighten many adoptees’ sense of not belonging. Adoptees often fear that “asking too many questions” about their birthfamily or the circumstances of their placement may alienate them from their adoptive parents. And when you are fully dependent upon the people who adopted you, you feel vulnerable, indeed.

Open adoption, for all its benefits, does not eliminate the fear of rejection, either. (Sometimes, it can heighten it, particularly for adoptees who feel they do not truly “belong” in either family.) We’d like to think Abrazo’s adoptees are immune– but none always are. And there’s a force sometimes at work that’s even more nefarious…

Adopted person and self-proclaimed adoption detective Judith Land recalls her adoptive mother criticizing her birthmom in an effort to secure her daughter’s loyalty. Kim Craig (mentioned above) ran away from home at age 13 and upon refusing to return to her allegedly-abusive adoptive parents and was told by them “you’re getting what you want, we’re giving up rights, and by the way, you’re not a citizen.”

The sheer numbers of adopted children being rehomed in this country is evidence of the potential fragility of adoptions, even once finalized: http://ideas.time.com/2013/09/20/broken-adoptions-when-parents-re-home-adopted-children/. Adoptees need the security of knowing their “forever families” include both biological and adoptive kinfolk forever. Each adoptee’s parents may not always “like” each other, but they must agree to never make the adoptee choose between them them, in order to save the son or daughter they share from the damages of parental alienation.

Whatever your stance on the immigration issue, the adoption community must surely be able to come to consensus on these basic points:

Adoption and alienation are incompatible concepts: let’s renew our efforts to educate the public and empower all parents to ensure that alienation is prevented in adoption to whatever extent possible.